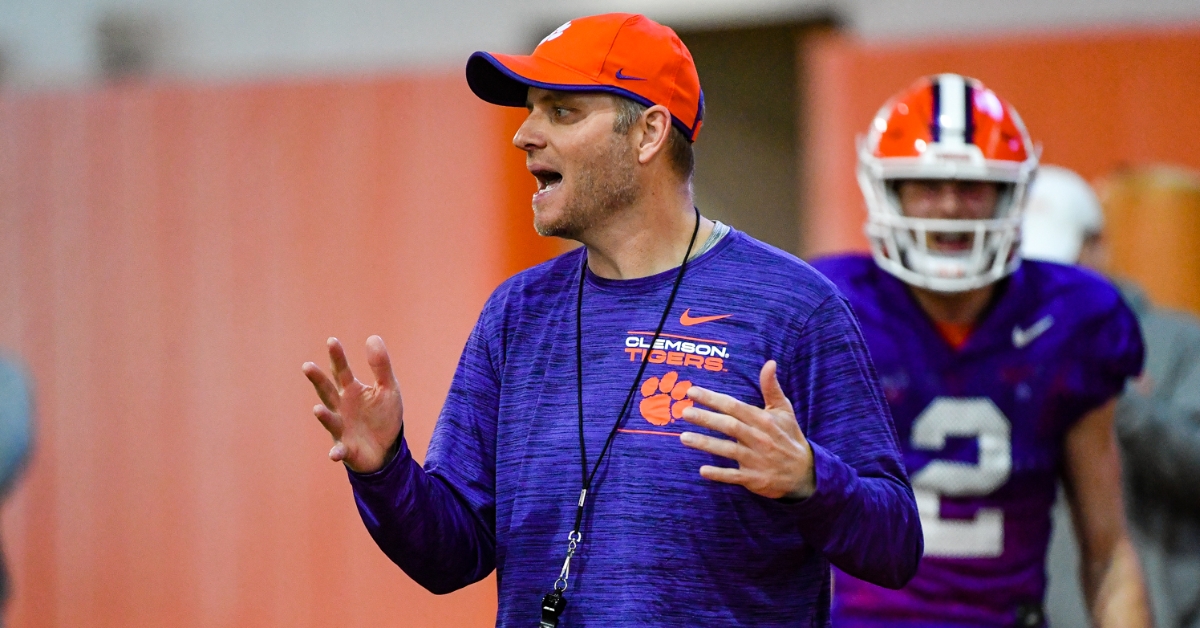 ESPN peered into the future for college football and assessed the top offenses for the next three seasons ($), where like at quarterback, Clemson saw a double-digit drop.

The future assessment on the Tigers dropped 10 spots year-to-year to 13th overall and third-best out of the ACC.

Ahead of Clemson from the conference are Miami (7) and NC State (12).

"Clemson's offense enters a pivotal season after taking a step back in 2021 and losing long-time playcaller Tony Elliott, who took the Virginia head-coaching job," ESPN's Adam Rittenberg said. "New coordinator Brandon Streeter played quarterback at Clemson and coached the Tigers' QBs throughout the program's historic run since 2015, but the offense is undoubtedly in a transition period. The first step is figuring out the starting signal-caller, as D.J. Uiagalelei tries to keep his job from challenger Cade Klubnik, ESPN's No. 2 quarterback in the 2022 recruiting class. There's more certainty at running back with sophomore Will Shipley and junior Kobe Pace, who combined for 1,379 rushing yards and 17 touchdowns in 2021. Both could solidify the backfield through the 2023 season, and bruising sophomore Phil Mafah adds depth... 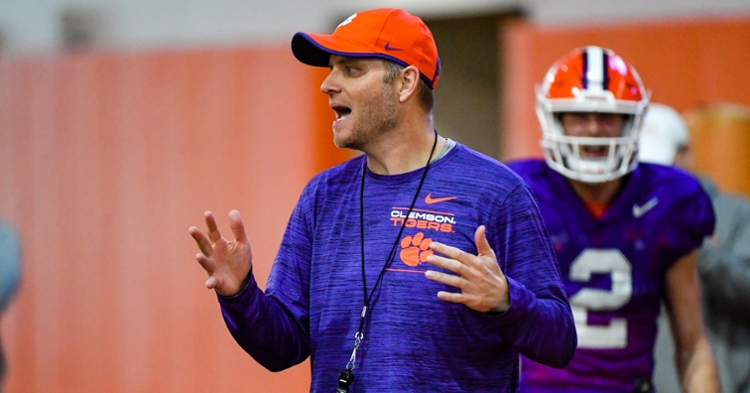 The top future trio on the list are Ohio State, Alabama and Southern Cal.