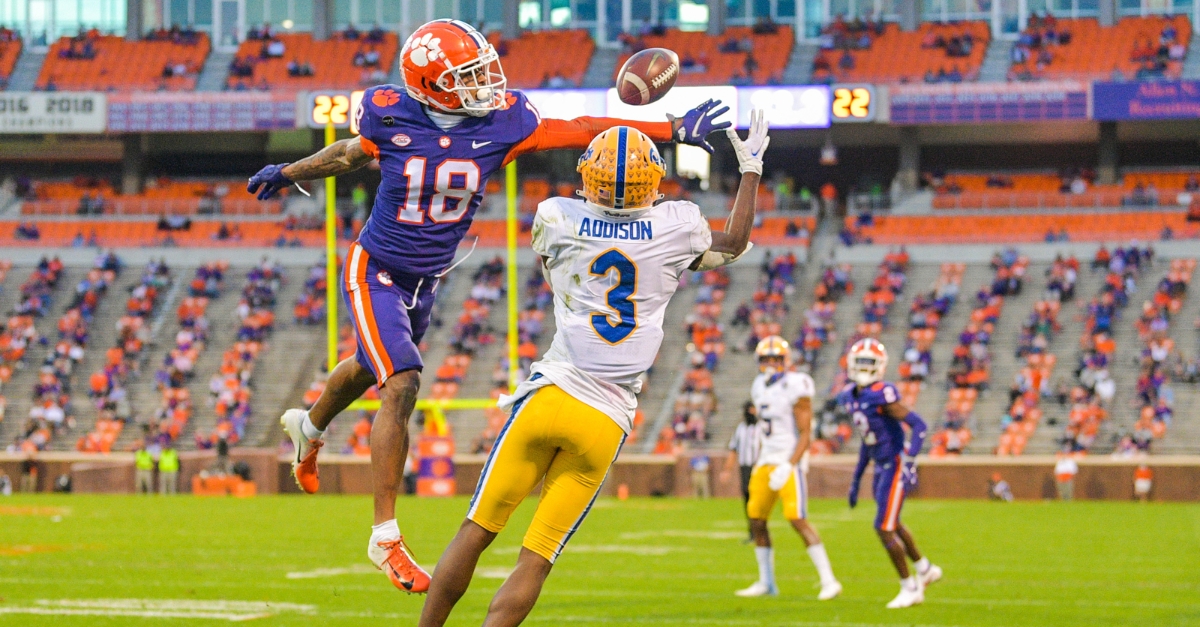 Charleston finished third on the team in tackles as a sophomore. (ACC photo)

Junior Clemson safety Joseph Charleston is set to enter the NCAA transfer portal, TigerNet has confirmed. He was not listed on a Clemson depth chart released Monday as well.

Charleston was listed as "unavailable" on Clemson's last two gameday reports. He logged 54 snaps this season with seven tackles.

He was a unanimous 4-star prospect out of Milton High School (Ga.).

Freshman safety Andrew Mukuba surged into a starting role from the opener on and super senior Nolan Turner has filled the other starting spot, with Jalyn Phillips, RJ Mickens, Tyler Venables and Ray Thornton also seeing time back there. A former starter at safety in Lannden Zanders went down with a season-ending shoulder injury early in the 2021 campaign.