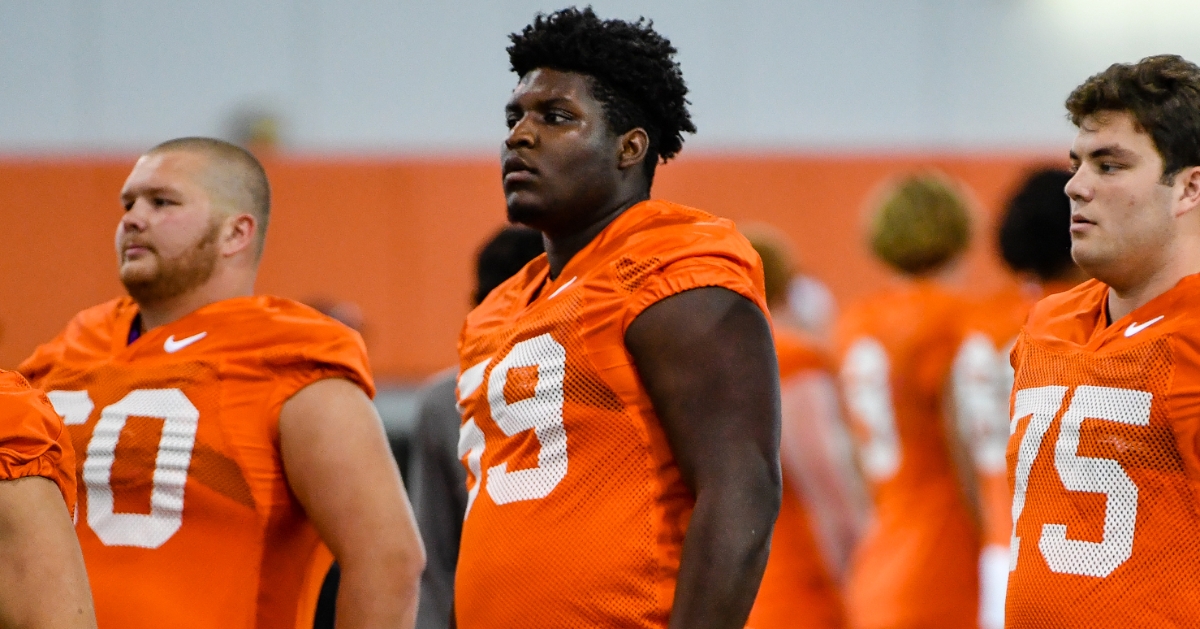 Pennington was recently lauded by Swinney as a surprise standout.

Clemson released a depth chart on Monday that will look quite familiar to those tracking such things, with only one notable change.

Georgia didn't release one at all this week.

Read into those two things what you will but the only change from Clemson's pre-camp depth chart on Monday was true freshman Dietrick Pennington being slotted at backup right guard now in place of the injured John Williams. Pennington, a summer enrollee, was recently lauded by Dabo Swinney.

"You think, ‘Ah, he’s probably going to be behind and has a lot to learn,’ but this guy, oh wow. He’s like Dexter Lawrence at offensive line," Swinney told the ACC Network. "He is a special, young talent. He shocked me, as far as where he is and how quickly he grasped the concepts of what we’re doing and physically where he is at 338 pounds. Just incredible."

Check out the whole depth chart below: