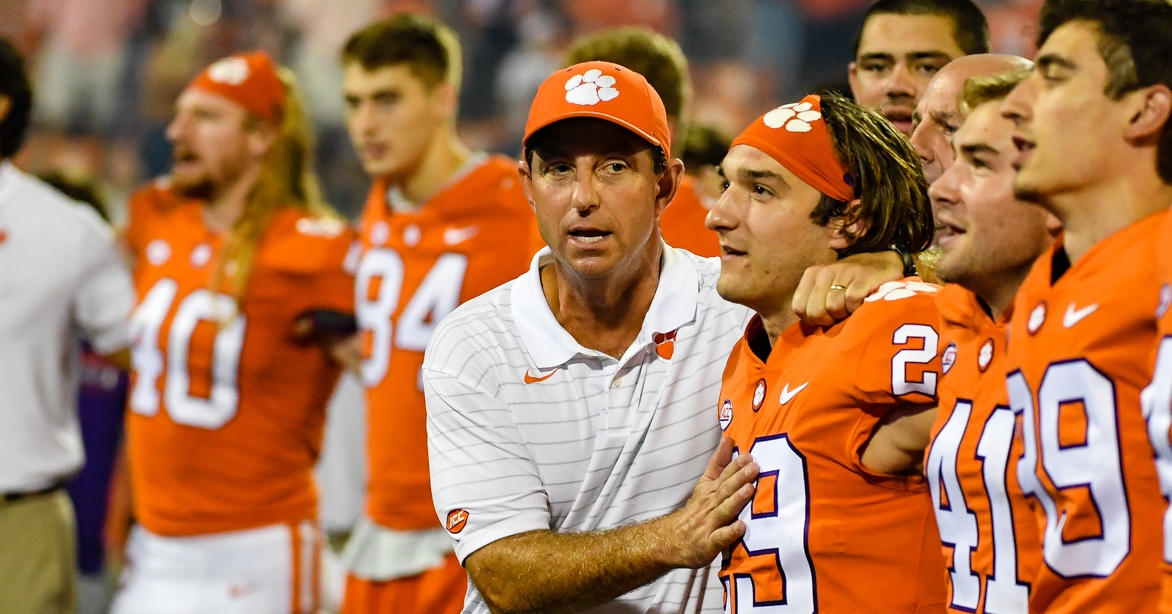 Clemson should stay in the top-25, but it may not move up.

The Tigers edged back over .500 overall and in conference play by holding on to a 19-13 win at home over Boston College Saturday.

"The Tigers were able to move the ball on Boston College but once again failed to put together sustained drives and score with any frequency," ESPN's Andrea Adelson wrote. "Still, they did enough to win 19-13 after recovering a fumbled snap deep in their own territory. If there was a bright spot, it was the way Clemson was finally able to run the ball -- with 231 yards on the ground -- its highest rushing total of the season. Though D.J. Uiagalelei threw for over 200 yards for the first time this season, he completed less than 50% of his passes and did not throw a touchdown."

CBS Sports projects Clemson to also be 25th again in the AP Poll on Sunday.

"Even after last week's loss, the Tigers had a major advantage in voting points against the likes of SMU and Kentucky," CBS Sports' Chip Patterson said. "That, plus the fact that Boston College was the 29th best team in last week's balloting, cements the prediction that Clemson will still be ranked. The quality of performance certainly did not inspire confidence as the team needed a fourth down stop in a 19-13 win as a two-touchdown favorite, but it was a win. Also it helps Clemson's case with the voters that so many ranked teams lost. The Tigers might have won ugly, but they won."