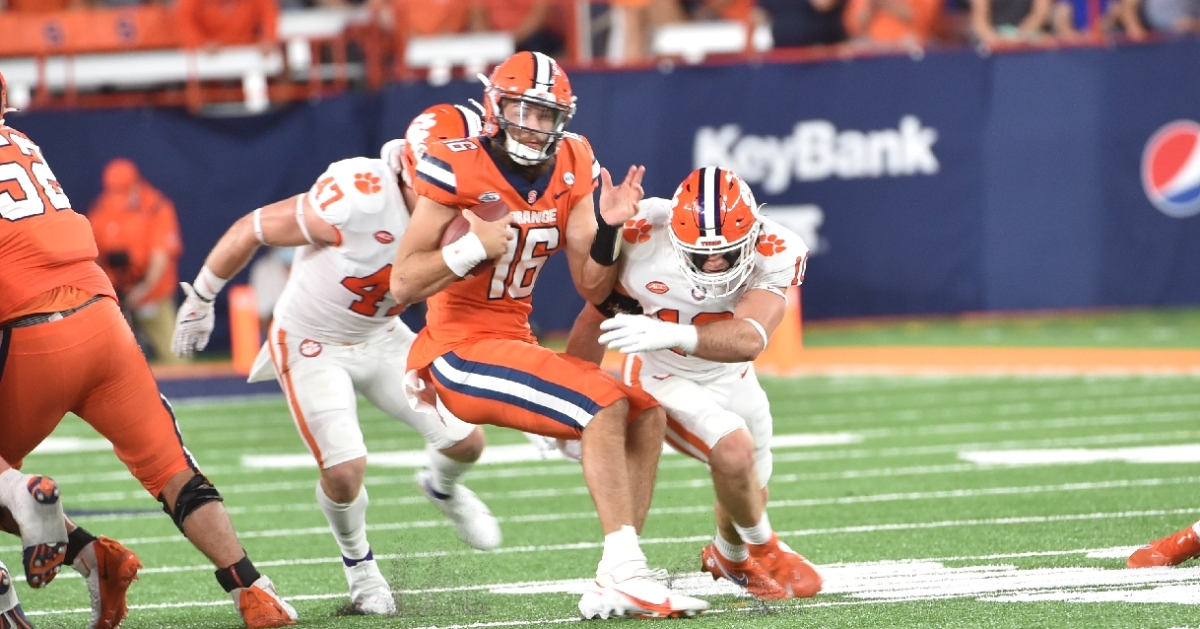 For the second time in a month, Clemson found its way back in ESPN's college football power rankings.

The Tigers are back to No. 25 overall, where they were in the Coaches Poll going into the weekend.

"The good news is Clemson beat Syracuse. The bad news is last week's open date did not exactly get the Tigers' offense back on track," ESPN's Andrea Adelson said of the Tigers, which were dropped out of the same rankings after the close BC win at home. "Clemson has yet to score 20 or more points against a Power 5 opponent this season, managing 17 in the victory. D.J. Uiagalelei threw for 181 yards and was off on many of his throws, but his receivers did not exactly help, with a myriad of drops of their own. At this point in the season, it seems clear Clemson is going to win games on the back of its defense, which was stellar once again."

Opener-opponent Georgia is still atop the rankings, followed by Cincinnati, Alabama and Oklahoma.

The best from the ACC is No. 15 Wake Forest, with NC State (18) and this weekend's road trip, Pittsburgh (23), also representing the league.