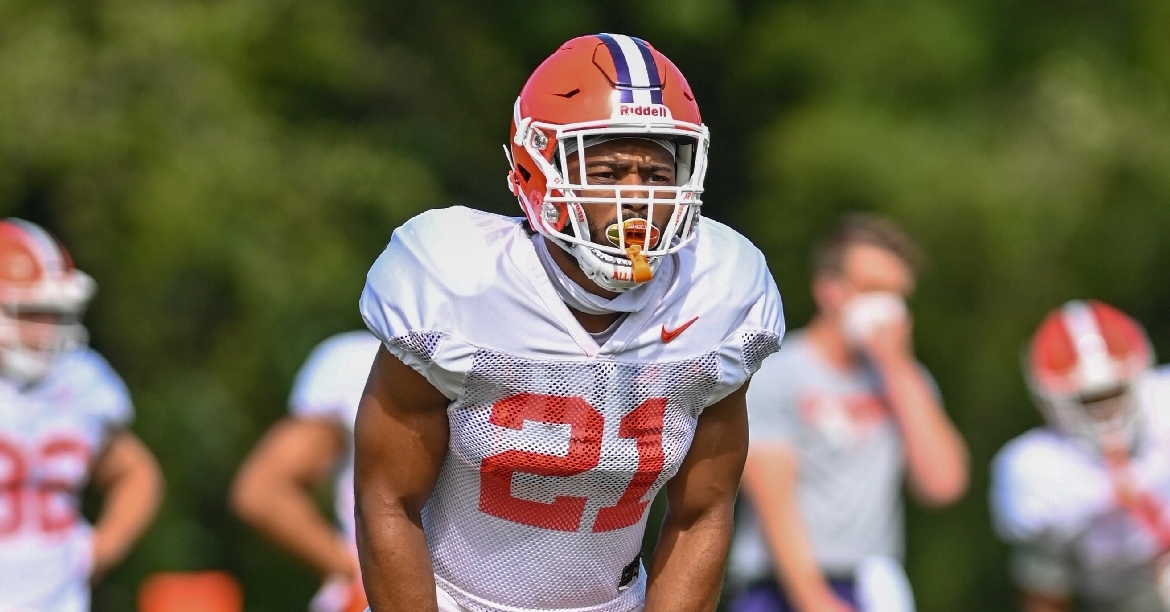 The American Football Coaches Association announced today that Clemson running back Darien Rencher has been named to the 2021 Allstate AFCA Good Works Team for his service work in the Upstate South Carolina community.

The Good Works Team selection adds to Rencher’s growing list of community accolades. Last year, he earned the 2020 Disney Spirit Award for his leadership amid college football’s push to overcome social injustice and mobilize the #WeWantToPlay movement during the COVID-19 pandemic. Earlier this year, he was named as Clemson’s 2021 Community MVP as nominated by Dabo Swinney at the South Carolina Coaches for Charity event benefiting the Fisher DeBerry Foundation.

The accolades for Rencher — a native of nearby Anderson, S.C. — honor his distinguished service record in his six years at Clemson. In addition to becoming an in-demand public speaker, he has volunteered to benefit underserved local youths at “Kicks, Cleats, Kids,” served Golden Harvest Food Bank and Anderson Interfaith Ministries, conducted classroom readings at Clemson Elementary, visited seniors at a local retirement community, volunteered with pediatric cancer patients, participated in the Call Me MISTER program and more.