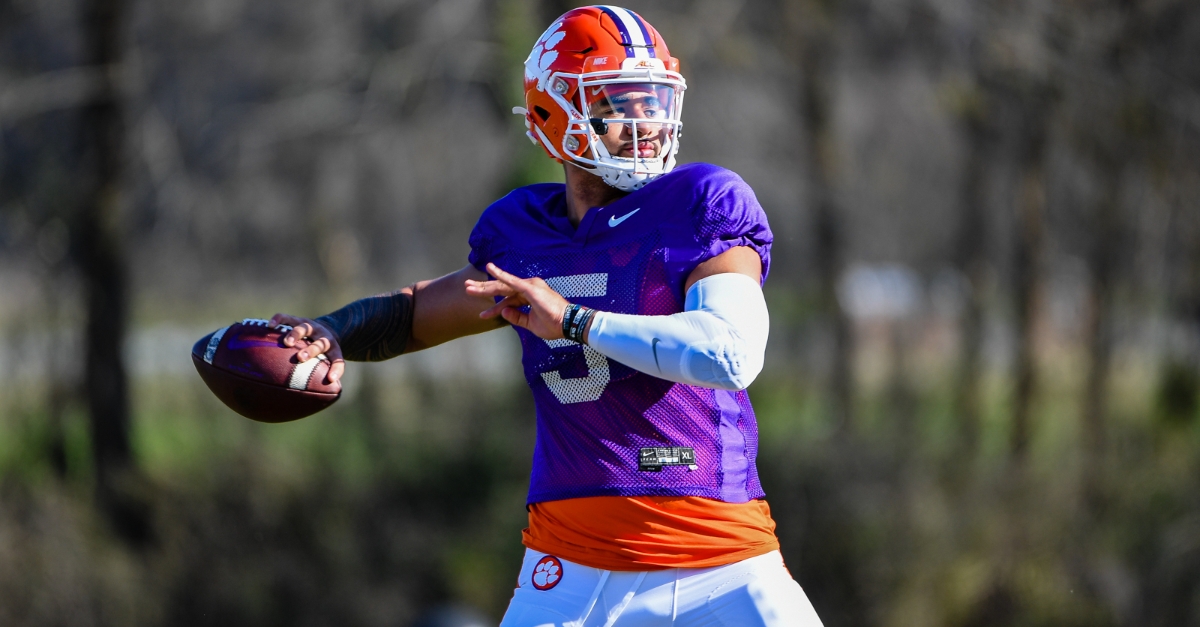 Uiagalelei will be one of the more recognizable faces in college football over the next few years.

Change is coming to college football and Clemson's QB1 is certainly aware.

An OpenDorse projection for proposed NIL legislation last summer had Uiagalelei potentially making over $150,000 annually at the time from his social media pull -- and he's gained around 50,000 followers on Instagram and Twitter combined since that call.

The Senate Commerce Committee will hold a hearing on NIL for college athletics on June 9, while states across the country have already paved the way for schools within their borders to cash in with measures set to go in motion as early as this summer.

S.C. Governor Henry McMaster signed an NIL bill last month for South Carolina that will go into effect in May 2022 currently. The bill comes with some restrictions found in similar bills nationwide, including no use of the schools' facilities, uniforms or logos or endorsements tied to alcohol, tobacco and substances banned by the NCAA.

There is also an impactful Supreme Court decision to come as early as this month with NCAA v. Alston that could address the NCAA's ability to regulate athletes' compensation.