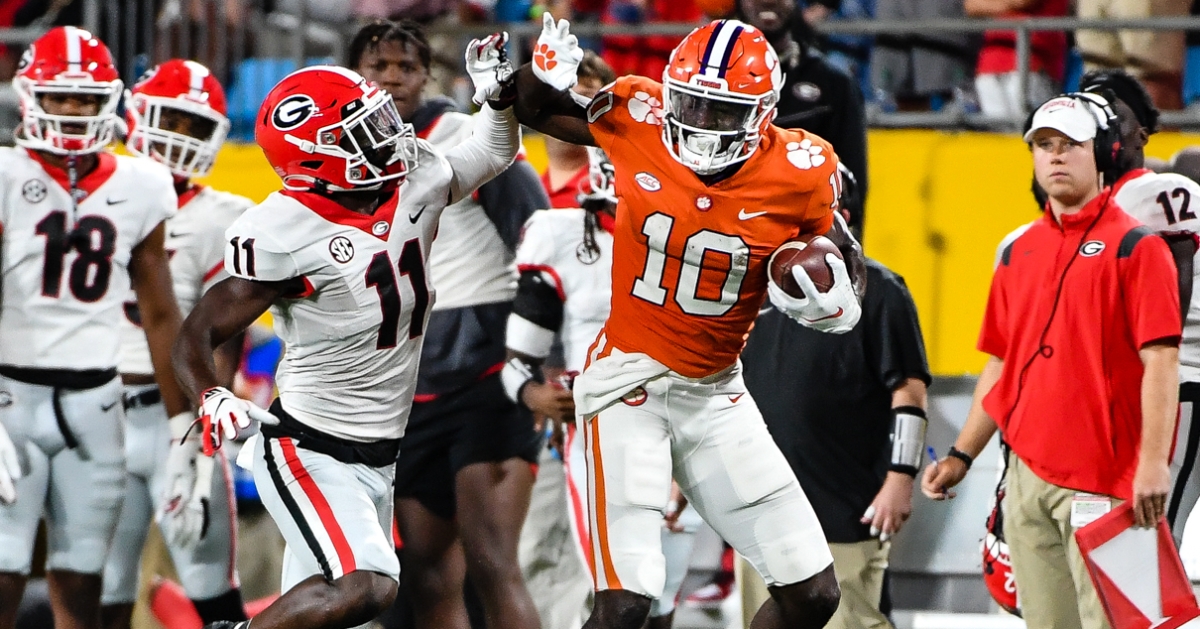 Clemson looks for this season to be a one-year break from the Playoff.

Sporting News projects Clemson as returning to the top-4 with its 'way-too-early' rankings for 2022.

Dabo Swinney's Tigers made six-straight College Football Playoff appearances up to this year's 10-3 campaign, and Sporting News' Bill Bender sees Clemson returning to that tier at No. 4 in his rankings.

"Yep, Dabo Swinney will have the Tigers back in the mix despite replacing longtime coordinators Tony Elliott and Brent Venables with Brandon Streeter and Wes Goodwin," Bender writes. "Quarterback DJ Uiagalelei will benefit from another offseason in his effort to hold off incoming five-star freshman Cade Klubnik, and Kobe Pace and Will Shipley form a dominant running game. The passing game needs to be better. Bryan Bresee returns to a defense that matured through a six-game win streak to end the season. A trip to Notre Dame on Nov. 5 should be another top-10 showdown."

The rest of the top-4 is filled out by Alabama, Ohio State and Georgia, with Tigers 2022 road opponent Notre Dame rounding out the top-5.

"The talent is there for first-year coach Marcus Freeman," Bender said. "Quarterback is a fluid situation with Tyler Buchner leading over Drew Pyne, but the supporting cast of running backs Chris Tyree and Logan Diggs, tight end Michael Mayer and receiver Lorenzo Styles Jr flexed in the Fiesta Bowl loss to Oklahoma State. The defense will need to rebuild its line and it would not hurt if a few veterans bypassed the NFL Draft. Still, Freeman is working with a loaded roster."