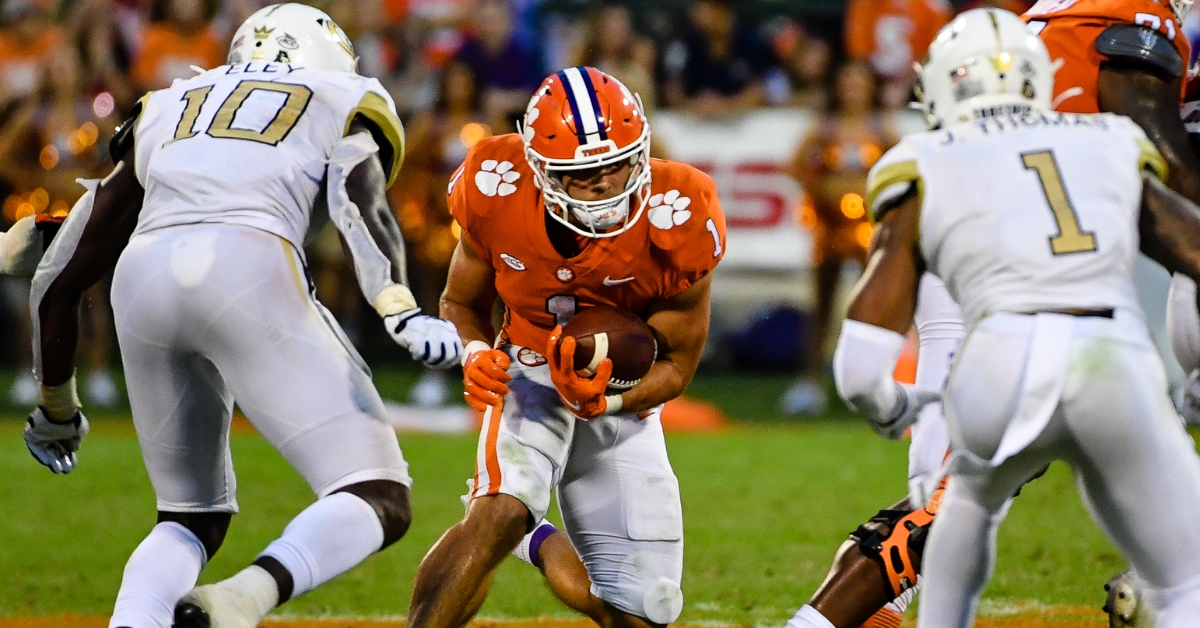 Shipley may run out there first now after his strong game against Georgia Tech.

This story was originally published Monday before the news of Tyler Davis being out and Lyn-J Dixon transferring. Clemson updated its depth chart after the news broke Monday evening and the newer version was placed in the story on Tuesday.

The Tigers released a depth chart on Monday that didn't feature any significant changes from the week before, while NC State features a true depth chart instead of what Georgia Tech does.

One spot that may feature a different starter on gameday could be running back, where sophomore Kobe Pace and freshman Will Shipley are listed as co-starters. Pace received the start this past Saturday and tallied more receiving yards (17) than rushing yards (seven carries for 13 yards), while Shipley posted a season-high 21 rushes for 88 yards with two touchdowns.

See how the teams line up below: