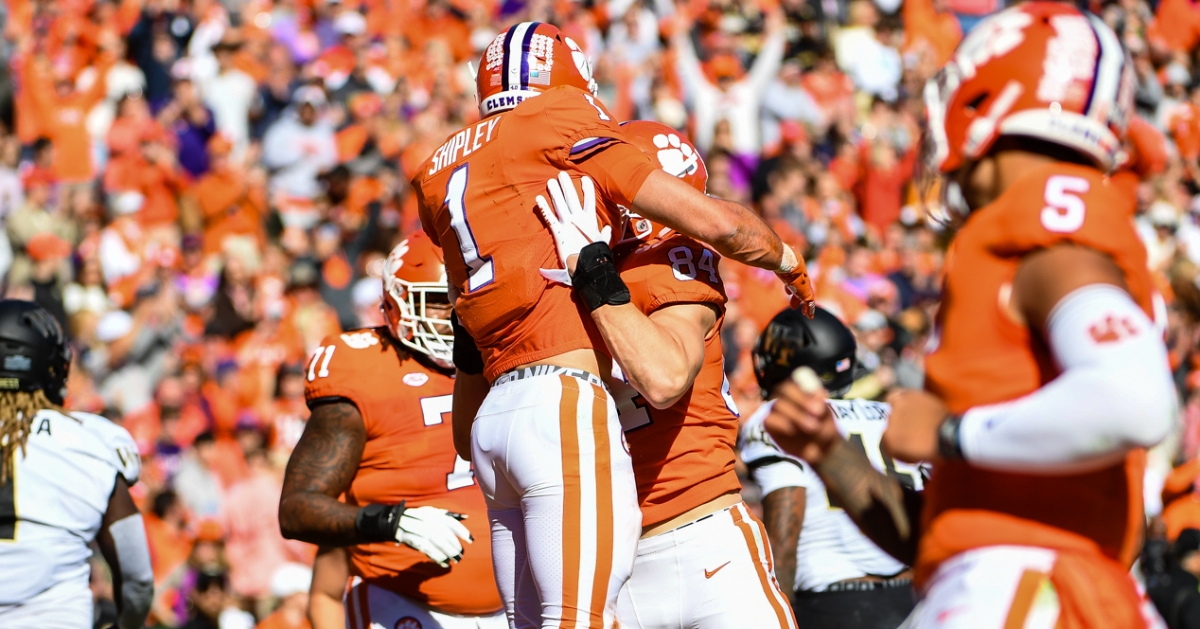 Clemson had a lot to celebrate on Saturday.

The Tigers rejoined ESPN's power rankings last at No. 25 and and slotted up two spots this week.

"It was telling that Clemson came into the game favored against a Wake Forest team ranked No. 10 in the latest College Football Playoff rankings," ESPN's Chris Low wrote. "The Tigers certainly looked like the better team Saturday in a 48-27 win over the Demon Deacons that was never in doubt. It was Clemson's 34th straight win at home, as Kobe Pace rushed for a career-high 191 yards and two touchdowns. The Tigers were dominant on defense and made the Demon Deacons one-dimensional on offense. Clemson held Wake Forest to 36 rushing yards, forced three turnovers and sacked Sam Hartman seven times. The Tigers have now won 13 in a row over the Deacons."

The top-4 there is Georgia, Ohio State, Alabama then Cincinnati.