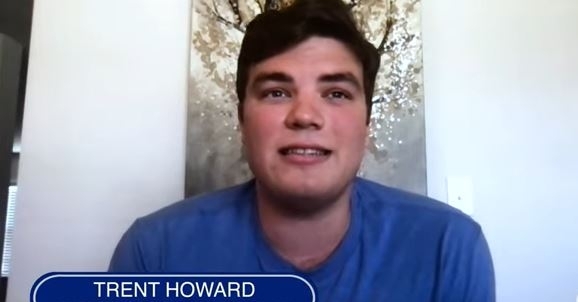 Howard is one of a number of Tigers to cash in on the NIL era. (Clemson athletics photo)

The Name, Image and Likeness era is here and some Tigers are really cashing in, according to one Clemson player.

The offseason doesn't usually lend to interviews with Clemson athletes outside of media days and after practices, but we got an inside look into the changing face of college sports thanks to...an NIL deal.

Redshirt freshman Clemson offensive lineman Trent Howard went on a podcast sponsoring him to talk about a variety of subjects, including NIL itself.

The Birmingham native said that agent representation is needed for some teammates, also saying that multiple Tigers have "six-figure deals."

Howard said that Clemson held meetings with the teams to go over the NIL process. They have to upload any NIL deal made to a phone app with details on the company and what they are receiving. Processing that info is still under construction, Howard added.

"I would love to have this conversation in six months because I feel like it's going to be different, but right now, everybody is a go," he said. "We're uploading it (to the app) and we're off. Until we're told otherwise or are canceled, that's what we're going to do."

Some concerns have been voiced around college sports about a disparity in NIL deals going to more prominent positions or certain athletes, but Howard said that dynamic when it comes to attention has always been a part of football.

"It is a legitimate concern," Howard said, "but for me, it goes back to what the Bible talks about as far as jealousy. You're out there and see a guy you are working out with every day and you're doing the same things he's doing and all of a sudden he's getting all this and you're not because you're playing a different position. I really feel like at Clemson though that we're built for this.

"We really do have a good, family atmosphere. Everyone on the team gets along together great. I think if anybody is going to withstand all of this -- it's going to be us. And there are going to be hard times with all this to work through, and we've got a great foundation to start adding on to it."

In potential NIL pitfalls, Howard referenced a University of Miami football deal that is endorsing any player opting-in $500, thanks to a Miami fan's business.

"I just hope it doesn't turn into -- it's already such a business," said Howard. "I just want the game to stay the same. The game that I fell in love with. I just want it to be like that. I just hope this whole thing doesn't turn into who can bid the most. Because now recruits are going to say, 'Who can you offer that's going to sponsor me when I get here?' And that's a legitimate question for some of these recruits. It's just going to become a bidding contest I really think.

"I just really hope and pray it doesn't change the game for the worst."