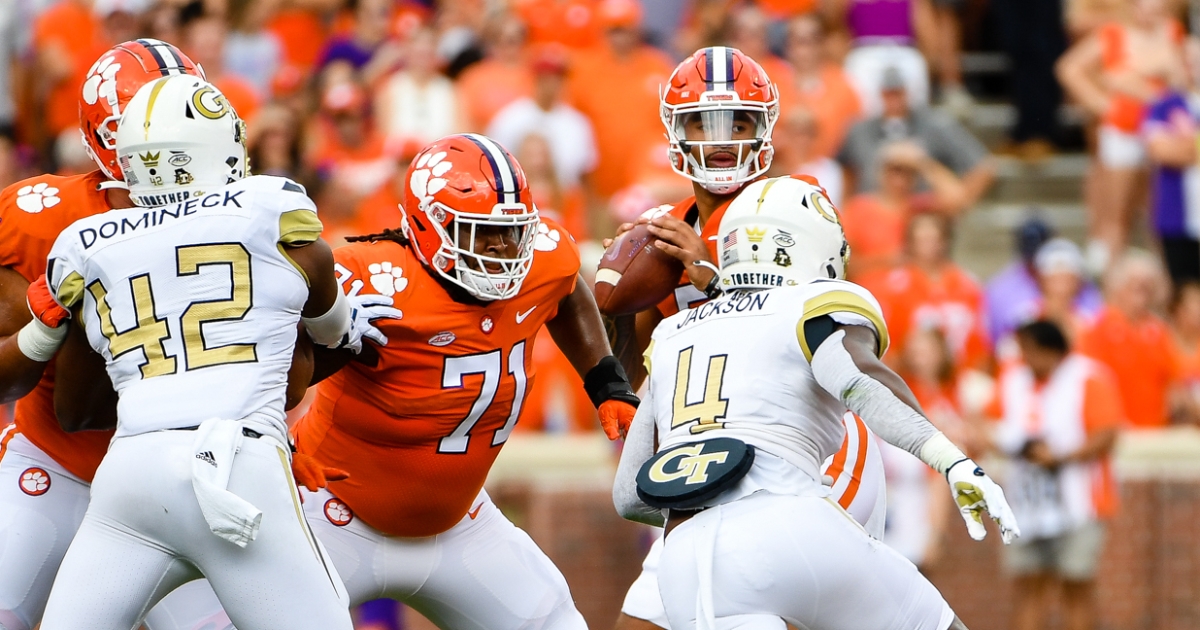 McFadden graded out at 94 percent in the 30-0 win at South Carolina.

CLEMSON, S.C. — The Atlantic Coast Conference announced today that offensive tackle Jordan McFadden has earned ACC Offensive Lineman of the Week for his performance in Clemson’s 30-0 win against South Carolina on Saturday. McFadden’s selection represents Clemson’s 12th ACC Player of the Week award of the season and gives the Tigers a total of 553 weekly honors since 1968.

According to the Clemson coaching staff, McFadden graded out at 94 percent with two knockdowns and no hurries allowed in Clemson’s rivalry win on Saturday. The Spartanburg, S.C. native helped power Clemson to 265 rushing yards and helped the Tigers reach 250 rushing yards in consecutive games for the first time since a four-game streak against Florida State, Louisville, Boston College and Wofford in 2019.

A week earlier, McFadden earned his first career ACC Offensive Lineman of the Week honor after grading out at 92 percent with three knockdowns against Wake Forest. McFadden now becomes the first Clemson offensive lineman to earn the award in back-to-back weeks since John Simpson collected the honor following consecutive games against Texas A&M and Syracuse in 2019.

McFadden and the Tigers have allowed only 13 sacks in their last 11 games. Despite surrendering seven sacks in the season opener, Clemson has allowed the second-fewest sacks in the ACC this season (20).