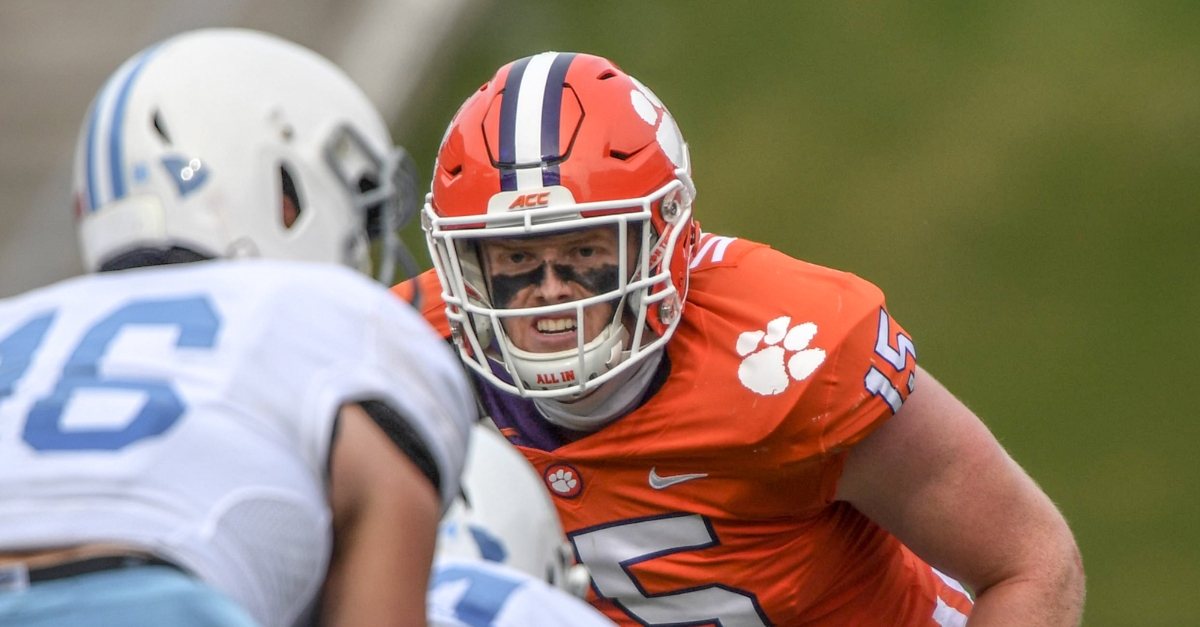 Venables has made four starts this season. (ACC photo)

Clemson coach Dabo Swinney said to ABC that he believes that backup middle linebacker Jake Venables suffered a broken arm in the first half of the game versus Virginia Tech.

Venables stepped into the game after starter James Skalski sat out after the first series with soreness, said Swinney. Skalski was ruled out for the game and came out of the half without his uniform on.

Venables came into the game as second on the team with 43 tackles, 5.5 for loss, with 2.5 sacks. He has started four games this season.

Sophomore Kane Patterson is the third-string middle linebacker. He has 11 career tackles in 64 snaps over 15 games coming into tonight.