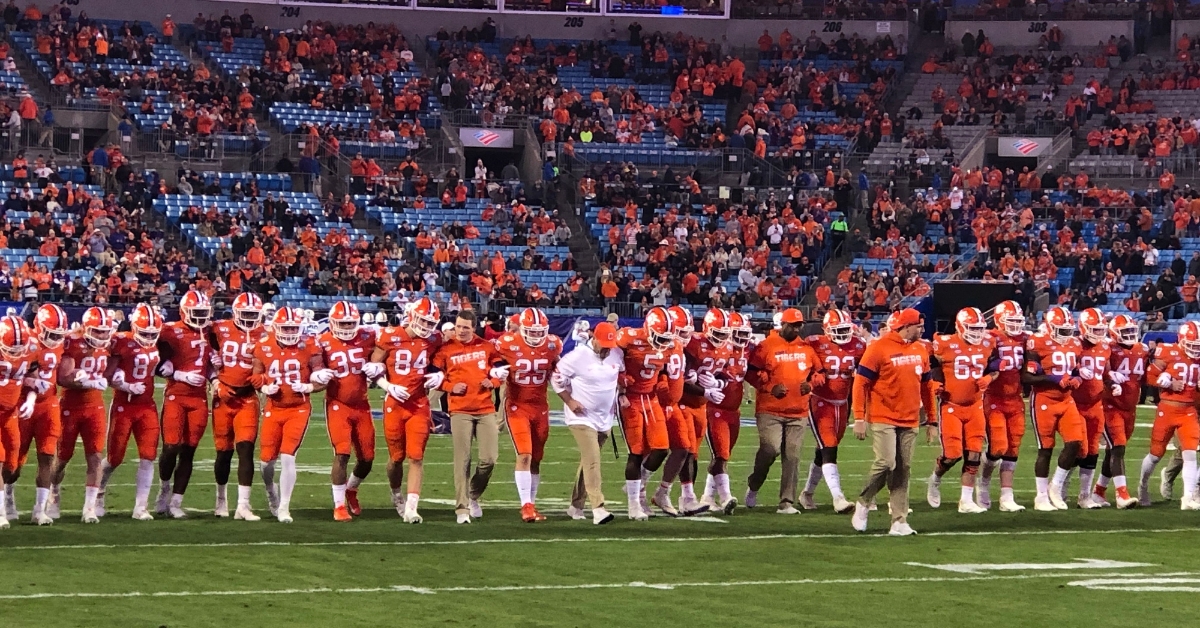 Clemson could play in Charlotte three times in 12 months between championship and kickoff games.

FBSchedules reported Thursday the kind of payday involved with next year's Clemson-Georgia kickoff in Charlotte's Bank of America Stadium.

The game was first announced in mid-February, replacing lower-tier non-conference matchups on both sides. Per an open records request, each school is guaranteed the greater value between $4 million or 45 percent of the net revenue (total income minus game expenses).

Per the agreement, each school will buy 27,000 tickets.

The game was renamed the Duke's Mayo Classic recently and is set to kickoff on Saturday, Sept. 4, 2021.

Any team that seeks to cancel the game would have to pay $4 million within 30 days of canceling, per the contract.

Clemson is scheduled to open its 2020 and 2022 seasons versus a Peach State opponent as well, on Sept. 3 at Bobby Dodd Stadium versus Georgia Tech this year and Sept. 5, 2022 against the Yellow Jackets in Mercedes-Benz Stadium.

Barring a Playoff matchup this season, the 2021 game will be the first between Clemson and Georgia since 2014 in Athens. The Tigers and Bulldogs split their most recent home-and-home series in 2013-14.