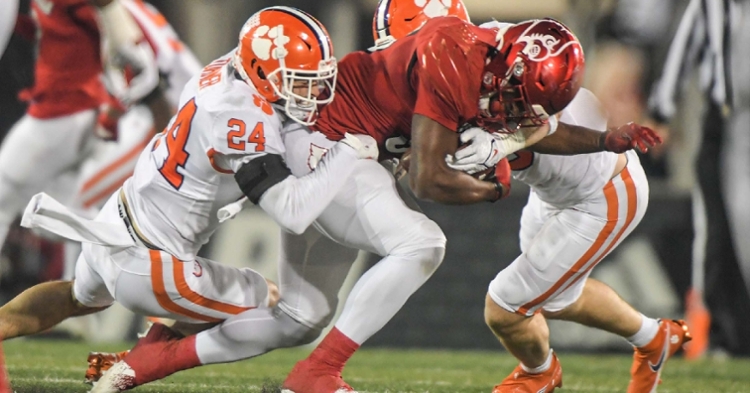 The Clemson defense's goal-line stand at Louisville earned a spot in ESPN's top-50 games of the 2021 college football season ($).

Clemson trailed most of the game, and as late as under five minutes to go, until a DJ Uiagalelei TD rush with 4:12 left. A BT Potter field goal gave Clemson some breathing room minutes later for the 30-24 advantage.

Getting the ball back with 2:19 to go, Louisville was at the Clemson two-yard line after three big plays for first-and-goal with just over a minute left.

Three Louisville runs went nowhere and a Cardinals QB Malik Cunningham rollout and scramble was stopped on fourth down to clinch the Clemson win.

It was the second victory in what extended into a six-game winning streak to preserve the Tigers' double-digit-win season run that goes back to 2011.

Ole Miss' 52-51 win over Arkansas at home in October topped the ESPN list.