Michael Hamlin
Safety (2004 - 2008)
#25 6-3, 205
Lamar, SC
View Full Profile has accepted a position with the Buffalo Bills as a special teams quality control coach. He will report to Buffalo on Monday.

TigerNet spoke with Hamlin and he wanted to share the following to Swinney and the entire Clemson nation: "Special thanks to Coach Swinney and the coaching staff for believing in me and giving me a chance to mature and grow under them as a young aspiring coach. Thanks to the Clemson family for the continued support throughout my journey."

Hamlin worked as a secondary coach to help the Tigers become one of the best units in College Football.

As a small personal note - Hamlin has been one of the most sincere and nicest guys I have met while covering Clemson sports. Congratulations to him and good luck in all his future endeavors. 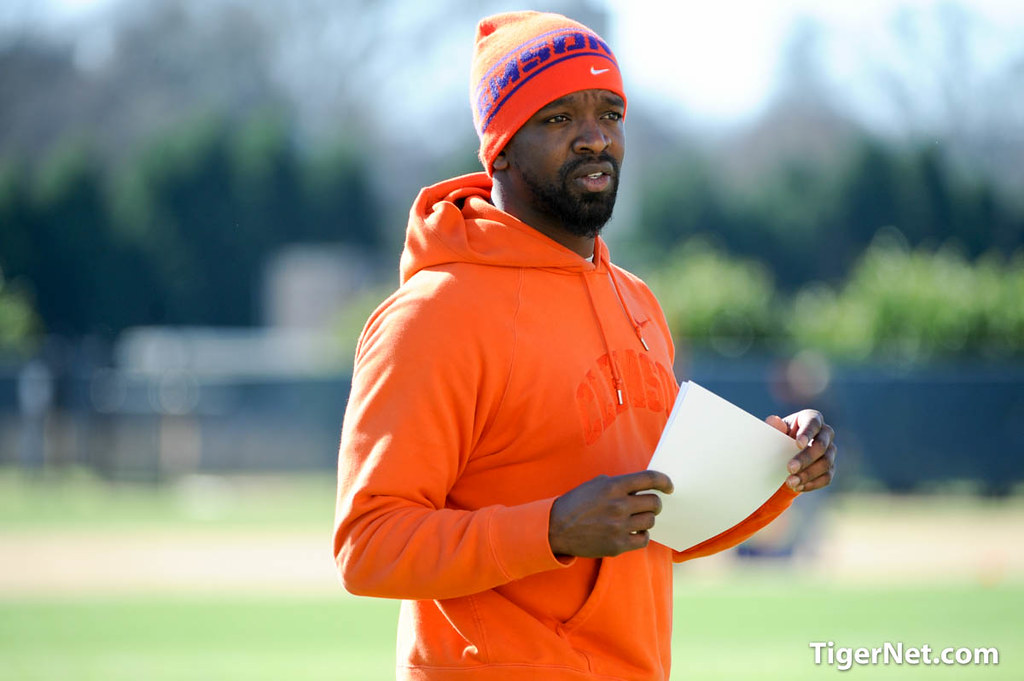 Overview: Only Tiger in his fourth year as a starter...has started 30 games in the last three years...voted permanent defensive captain by his 2007 teammates...Second-Team All-ACC by AP/ACSMA, Rivals.com, and CollegeFootballNews.com in 2007...tied for eighth in Tiger history in career takeaways (12); he is just seven away from the record...second-most experienced secondary player on the team (1,855 snaps in 35 games)...has missed three games due to injury...opted to return for his senior year after considering turning pro...has seen his tackle total rise each year from 55 to 64 to 97...has had at least two interceptions each season...has 132 interception return yards...has a combined 29 tackles in the last two bowl games, including 15 in the 2006 Music City Bowl and 14 in the 2007 Chick-fil-A Bowl...has 20 passes defended in his career to lead all active Tigers...fourth among active ACC players in career tackles (216) and third in career interceptions (8)...named to the academic honor roll for the 2008 spring semester...#8 safety in the nation by Lindy's...second-team All-American and #2 strong safety in the nation by Phil Steele...third-team preseason All-American by Sporting News...first-team preseason All-ACC by Athlon and Lindy's...#45 senior in the nation by Lindy's...has a 37.5" vertical jump, tied for seventh-best on the team...his father, who played at Lamar High School (Timmonsville High's rival), holds the state record for interceptions in a game (5)...he and his brothers followed in their father's footsteps and all play defensive back...both of his brothers (Markee, Marquais) play for S.C. State and will play at Clemson in 2008...the Clemson vs. S.C. State game will mark the first time since 1981 that two brothers will play against each other in a Clemson game; the Richardsons (Jon (North Carolina), Mark (Clemson)) played against each other at Chapel Hill in 1981...received his degree from Clemson in May, 2008.

2005: Had two tackles and a team-best two pass breakups in the Champs Sports Bowl against Colorado...had two interceptions for 42 yards...in his first career start, he had eight tackles at N.C. State...had an 11-yard interception return against #16 Florida State...had seven tackles against #13 Miami (FL); he helped limit it to 109 passing yards in regulation...first Tiger freshman to start in the secondary over the course of a season since Justin Miller

Before Clemson: Finalist for Mr. Football in South Carolina...#11 safety in the nation by Tom Lemming...state defensive player-of-the-Year by High School Sports Report...all-state as a junior and senior...Shrine Bowl selection...#26 safety in the nation by CollegeFootballNews.com...A Player-of-the-Year as a junior and senior...all-region each of his last three years...all-state in all classifications as a senior...had 23 career interceptions, including a team-high four as a senior...member of the state championship baseball team as a junior...all-region in football, basketball, and baseball...threw three passes as a senior and two were touchdowns, including one to his brother in the state title game...had 20 catches for 290 yards and four scores...had 148 punt return yards and 179 kickoff return yards...from the same school that sent Tiger All-American Levon Kirkland