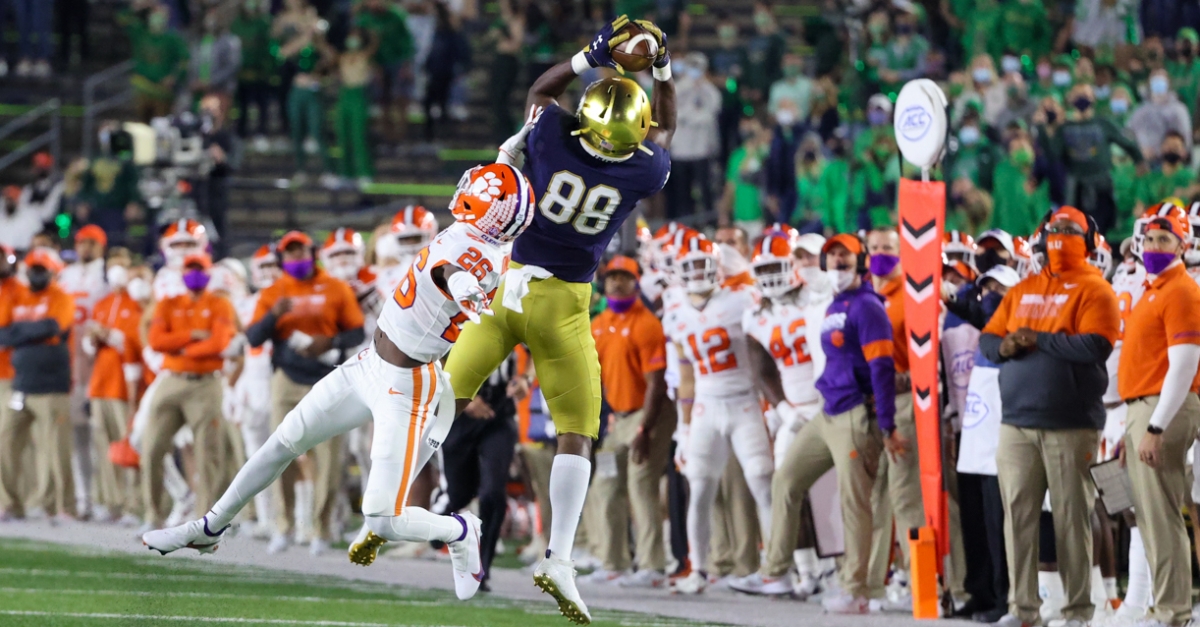 Clemson is projected as a 3-point favorite at Notre Dame come November.

We're roughly three and a half months to kickoff between Clemson and Georgia Tech in the Mercedes-Benz Stadium in Atlanta, but at least one outlet has put some early odds on a selection of 2022 Tigers games.

FanDuel has Clemson as a three-touchdown favorite in that Labor Day opener against the Yellow Jackets (-20.5).

In the marquee non-conference game, Clemson is projected as a 3-point favorite at Notre Dame for the Nov. 5 clash.

That's not the only single-digit spread, as Miami is expected to keep things around a touchdown margin in Clemson's favor (-7.5).

Clemson is a 10-point favorite in critical divisional games with NC State in Death Valley and at Wake Forest.

Rounding out the early lines, Clemson is a 17.5-point favorite over South Carolina.