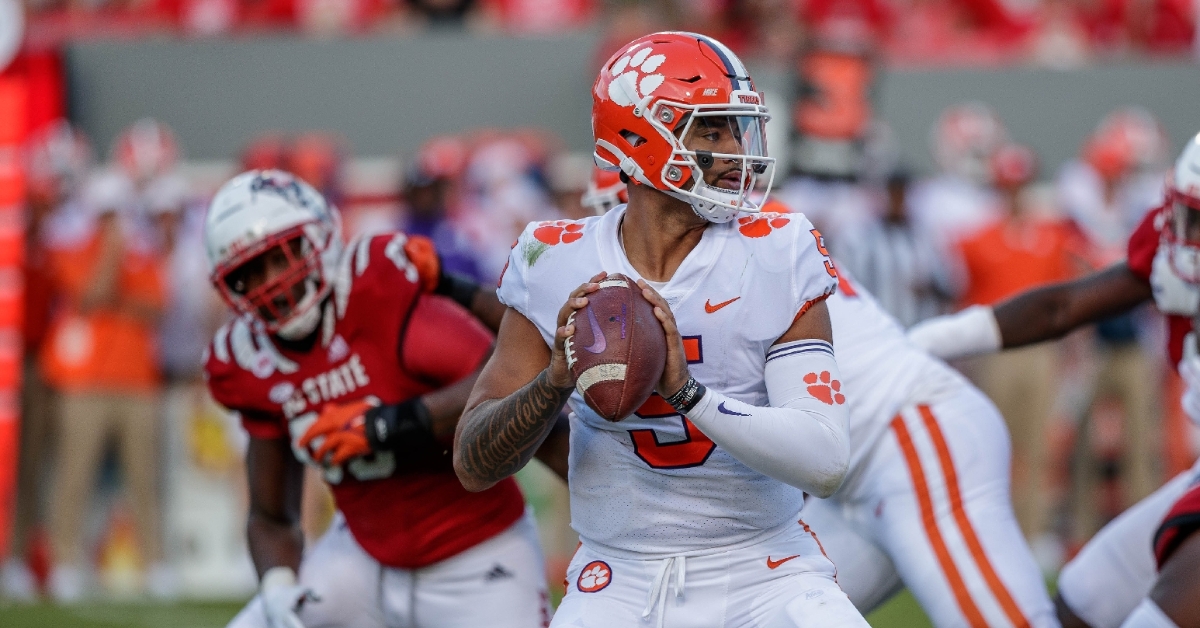 Clemson may hang on to a top-25 spot today.

Clemson, ranked as high as No. 7 going into the weekend (Coaches Poll), is nowhere to be found in ESPN's power rankings after a 27-21 double-overtime loss at NC State Saturday, where they fell to 2-2 on the season.

The Wolfpack deservedly did jump in the mix at No. 23 overall, with more divisional foes in that range in Wake Forest (20) and next week's opponent Boston College (21).

CBS Sports projects Clemson to stay as the ACC's top-ranked team at No. 21 overall today in the traditional polls.

"Part of projecting that Clemson remains in the rankings is knowing that there isn't a ton of precedent for a team dropping from the top 10 to out of the rankings this early in the season, but there also isn't a lot of precedent for those teams being 2-2. Even though the quality wins aren't there, I think Clemson hangs on in the top 25," CBS' Chip Patterson wrote.

Clemson went into the weekend tied with Alabama with the longest active top-10 AP Poll streak (97), which was the second-best all-time (to Miami's 137 from 1985-93). Dabo Swinney's Tigers have the second-longest active AP poll top-25 streak (106; to Alabama's 217; longest in school history).

ESPN's Playoff Predictor still gave Clemson a 38% chance to continue its Playoff streak if it were to lose to NC State, find a way into the ACC title game and win out.