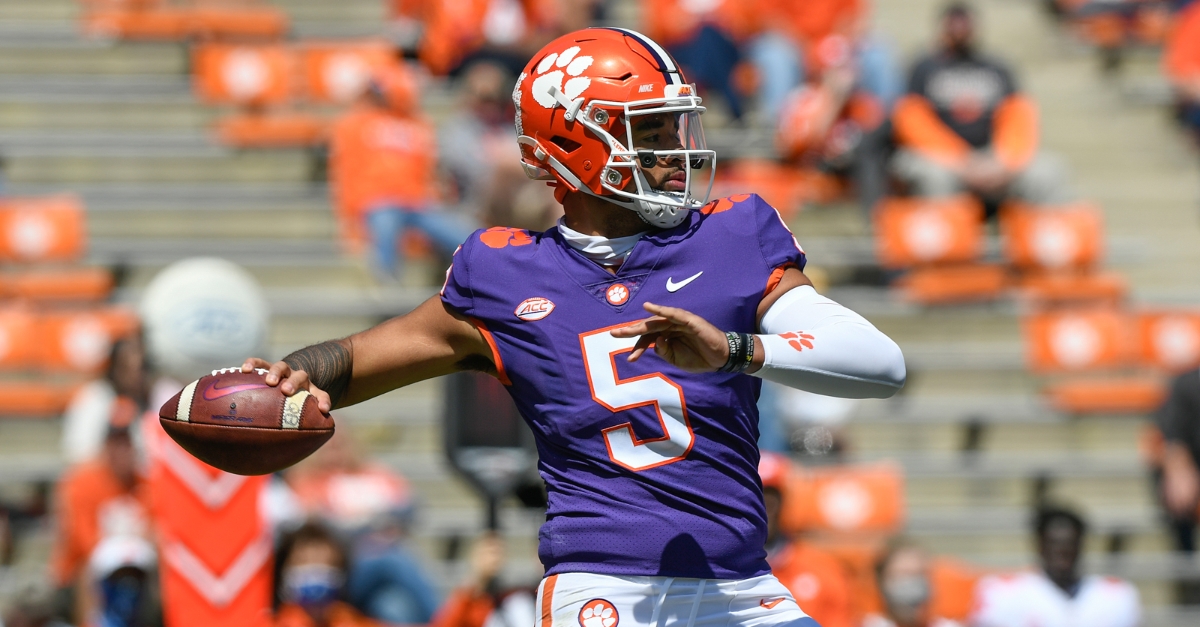 ESPN writer has confidence in Uiagalelei, but there is concern about contingency plans in the QB spot (ACC photo).

There was some movement in ESPN's post-spring college football rankings, with Clemson dropping a couple spots.

The Tigers, after ranking No. 1 previously, slipped to No. 4 in the power rankings.

"The post-Lawrence era begins with one of the most highly anticipated openers in recent memory -- against Georgia in Charlotte, North Carolina," Mark Schlabach writes. "Sophomore D.J. Uiagalelei is expected to be under center after throwing for 914 yards with five touchdowns and no interceptions last season. He looked more than capable of doing the job this spring.

"One of Clemson's biggest concerns this offseason will be identifying a backup quarterback after sophomore Taisun Phommachanh tore his Achilles during the spring game. Quarterback signees Bubba Chandler and Will Taylor are considered potential first-round picks in June's MLB draft, so walk-ons Hunter Helms and Billy Wiles might be the only other healthy quarterbacks on campus this fall (unless coach Dabo Swinney dips into the transfer portal)."

Oklahoma jumped from No. 3 to No. 1 after adding six FBS-level transfers, Alabama stayed at No. 2 and Georgia moved up a spot to No. 3. Ohio State rounds out the top-5.

Joining Clemson out of the ACC are North Carolina (8) and Miami (25).