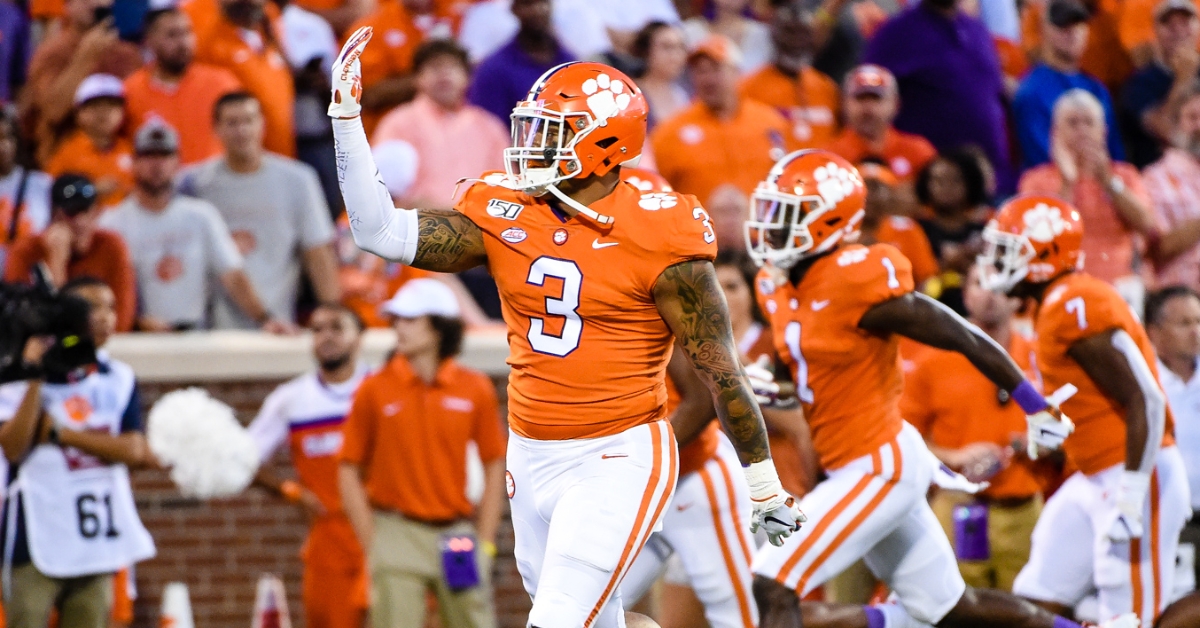 Thomas is back on the depth chart after playing over the weekend.

Clemson updated its depth chart out of the 42-17 win over No. 7 Miami over the weekend.

Thomas played three snaps for his first action of the season after slow come back to action after fighting off COVID-19 and strep throat over the offseason. He is listed as the backup for Myles Murphy, who started and played a position-leading 42 snaps against the Hurricanes.

Georgia Tech does not have a traditional depth chart and instead just lists the players that could play. From their website: "Since he was first asked about depth charts and two-deeps, Georgia Tech head coach Geoff Collins has insisted that he doesn't believe in them. He coaches his student-athletes to be ABOVE THE LINE (ATL). Those who are ATL are ready to play and can see game action."

Clemson depth chart for GT
Get the latest Clemson gear right here!
Comment on this story