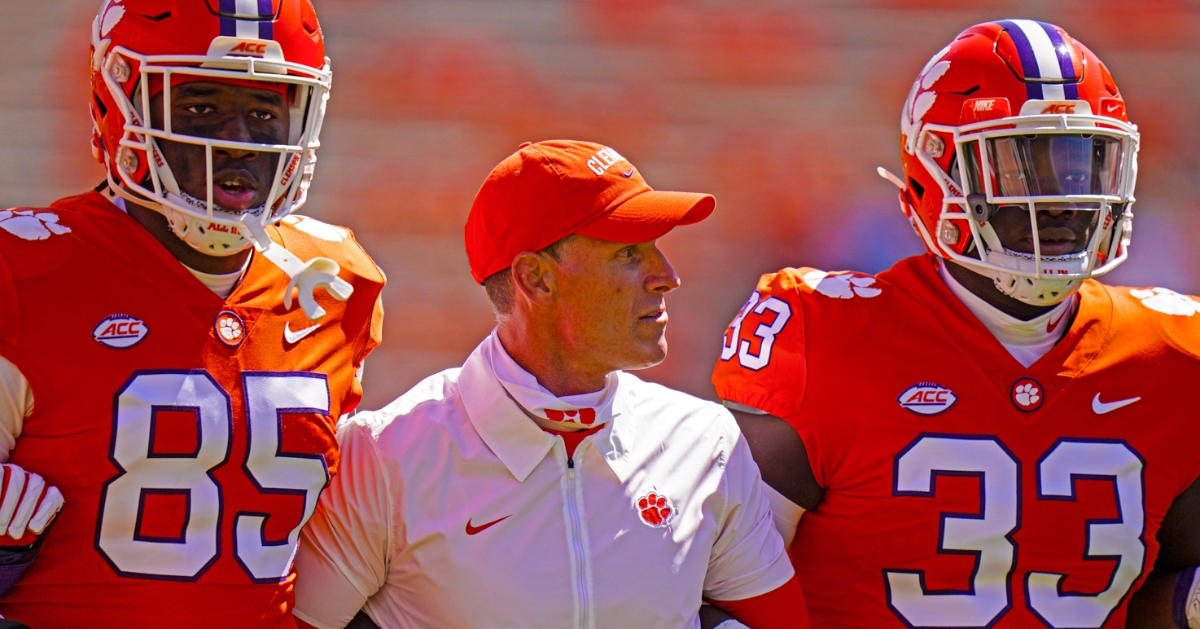 Venables commanded some of the best defenses in Clemson history.

Brent Venables’ award-winning run as Clemson’s defensive coordinator has come to a close.

TigerNet’s David Hood has confirmed with a source very close to the situation that Brent Venables will become the new head football coach at Oklahoma, returning to where he coached as an assistant from 1999-2011.

Hood was at the Anderson airport and spoke to a few members of the family and watched Venables board the plane with his family and the Oklahoma University President and Oklahoma AD.

The Broyles Award winner has put together an almost-unparalleled level of success while commanding Clemson’s defense since 2012.

The Tigers ranked in the top-10 in total defense each season from 2014-18, a span that included two national titles.

For the 2021 campaign, Clemson's defense is a unanimous top-4-rated group by efficiency with advanced metrics and ranks second nationally in scoring defense.

Known for its aggressive nature under Venables, Clemson tallied at least 40 sacks each season since 2014, as the only team in the nation to do so.

Clemson has rewarded Venables well financially for the efforts, bumping his pay to $2.5 million annually this summer.

Venables was able to coach both of his sons while with the Tigers, with Jake Venables recently announcing the end of his career and Tyler Venables being still a sophomore.

So happy for coach. He deserves it more than anyone. Hardest working man I have ever known. Y'all take care of him!! @OU_Football

Yall better party bout this one, hes that dude ?? https://t.co/6NgU4jPoBE

would love for @CoachVenables to stay here forever because of who he is, but you gotta be so happy for this man and his family. nobody more deserving! https://t.co/LTAwoG5EXG

Nothing but love for you Coach ! https://t.co/7pA27gDvfn

There’s not a harder working, more consistent leader and coach out there. One of the best men I know. Changed my life.

Happy & thankful for you @CoachVenables

All Clemson fans says thank you and job well done @CoachVenables and may you enjoy nothing but success at Oklahoma. https://t.co/85KsonIhaf

Congrats to the ??, can’t wait to see what you do! Definition of grinder and he brings the best out his players… good luck coach ???? #SQUADDDD https://t.co/xmCwgvlHFN

#HaveAnEffect @ClemsonFB DC @CoachVenables. Pretty absurd the impact Venables has had for the length of time he has had it. pic.twitter.com/cW4qr5VKHn