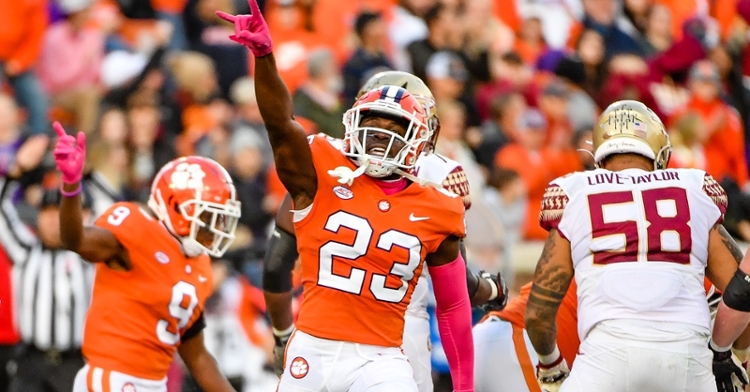 Andrew Booth Jr. is certainly a name that's been discussed by NFL teams during an impressive junior campaign. The only question now is if he will test those professional football waters or return for another year in Orange and White.

"I like Booth's game a lot," McShay said. "He does a nice job locating the ball while running in phase with receivers, and he is at his best in press coverage. Booth has a smooth back pedal and quick feet, but he does overreact at times to a receiver's first move. The ball skills are top notch, as he has three interceptions and five passes broken up in 10 games this season."

Booth wrapped his regular season by nabbing two interceptions and not allowing a catch in four targets his way in the 30-0 win at South Carolina.

He's been named first-team All-ACC both by the conference, Associated Press and Pro Football Focus.