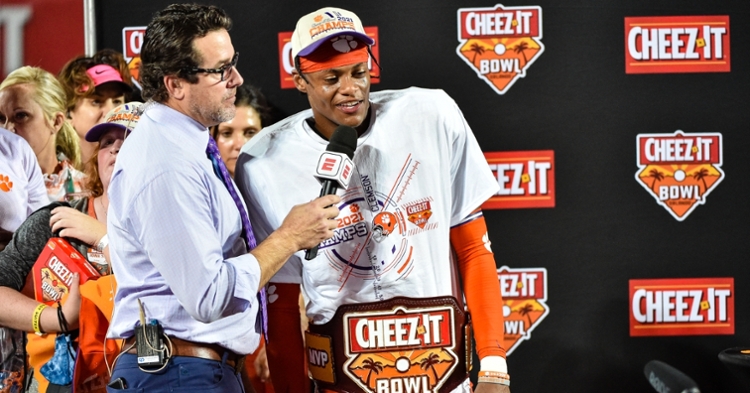 Goodrich put together one of the best postseason performances.

Goodrich earned Cheez-It Bowl MVP honors in the 20-13 win over Iowa State with a pick-six and a game-ending forced fumble among his key plays.

Former Clemson cornerback Derion Kendrick also was honored on the All-Bowl team after picking off two passes and tallying five tackles for MVP honors against Michigan in the Playoff.