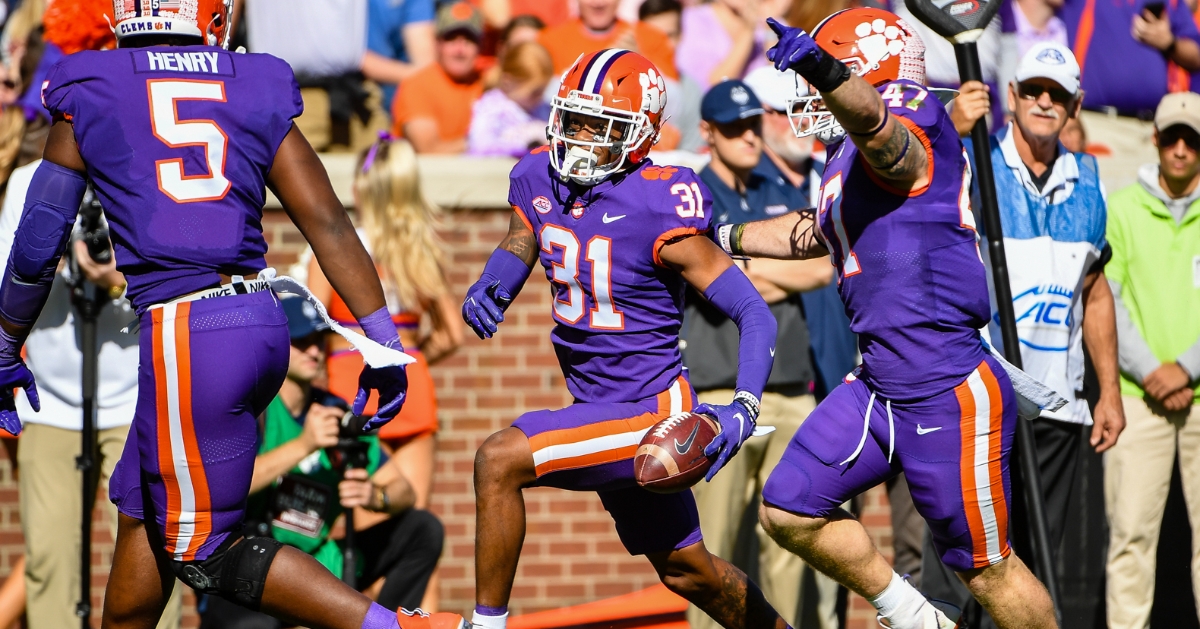 For a second-straight season, Clemson had one player ranked as one of the nation's top-101 players according to Pro Football Focus with cornerback Mario Goodrich.

Goodrich was ranked No. 83 overall.

"The Clemson corner earned the highest PFF grade of his season in the Cheez-It Bowl against Iowa State, thanks to a forced fumble and interception," PFF's Anthony Treash wrote. "Goodrich was the most valuable cornerback in the ACC this year, as he allowed no touchdowns while intercepting two passes and breaking up another seven."

Trevor Lawrence made the list last season in the top-25 (22) after Clemson tied for the most representatives after the 2019 campaign (5).

Alabama led the list this season with six players on it, anchored by No. 1 overall and QB Bryce Young.

Clemson transfer and Georgia cornerback Derion Kendrick made the list at No. 87.