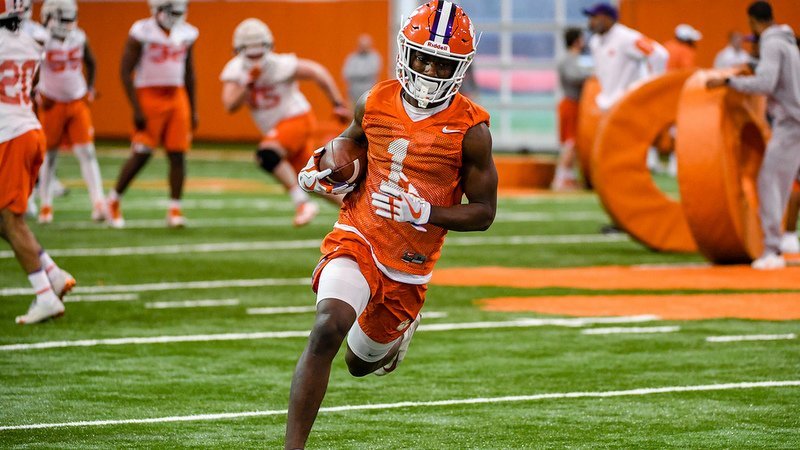 Clemson junior cornerback Derion Kendrick was named to the Jim Thorpe Award watch list on Monday, which is given to the nation's top defensive back..

Kendrick earned second-team All-ACC honors in his first year as a starter last year, moving over from a wide receiver role.

He totaled 51 tackles, six pass breakups and two interceptions (one a 38-yard pick-six).

A preseason watch list is compiled by the Oklahoma Sports Hall of Fame based on previous performance and preseason All-America lists. A screening committee, consisting of OSHOF members, monitor the watch list players and narrow the field to 10 to 15 semifinalists on the first Monday of November. This committee reconvenes on the Monday before Thanksgiving to select three award finalists. The three finalists are submitted to a national panel of over 250 sports writers, sportscasters, former players and coaches who vote to determine the winner of the Jim Thorpe Award.