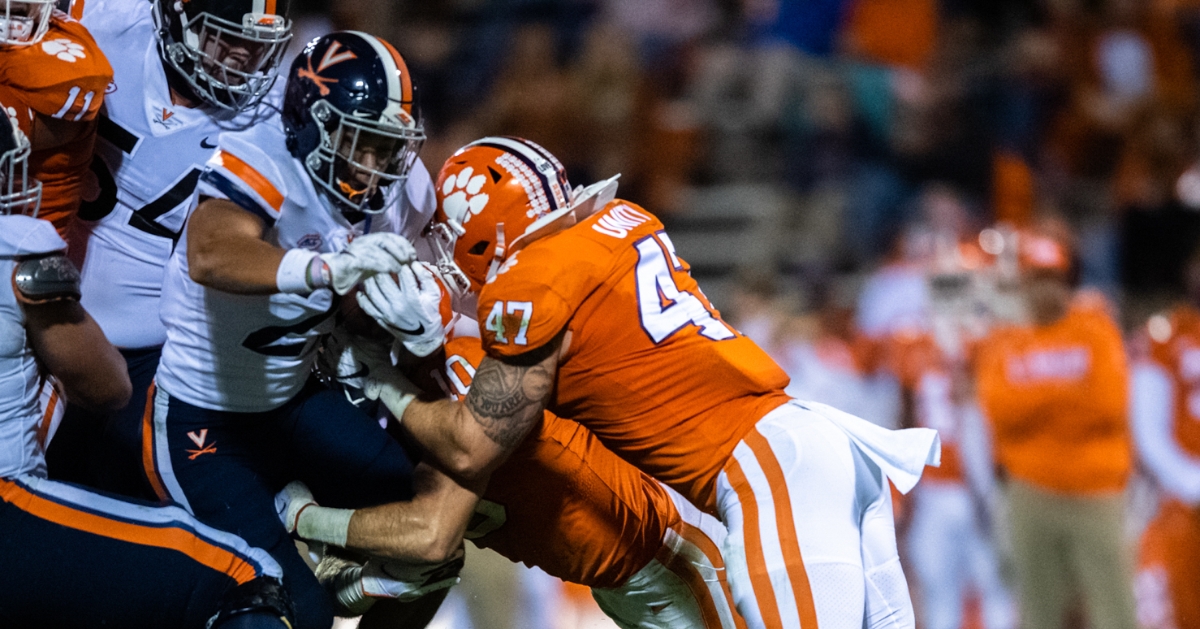 James Skalski has been a mainstay on the Tiger defense over the last couple seasons. (ACC photo)

No. 1 Clemson announced its list of players expected to be unavailable for the noon kickoff with Syracuse (ACC Network) on Saturday.

Davis missed action earlier this season after an injury against Wake Forest. Skalski ranks second on the team with 27 tackles, despite missing the first half in the opener at Wake after a targeting suspension carried over from the national championship.

Defensive end Justin Foster continues to be on the list, as he has all season.

Clemson is a 46.5-point favorite as of Saturday morning.