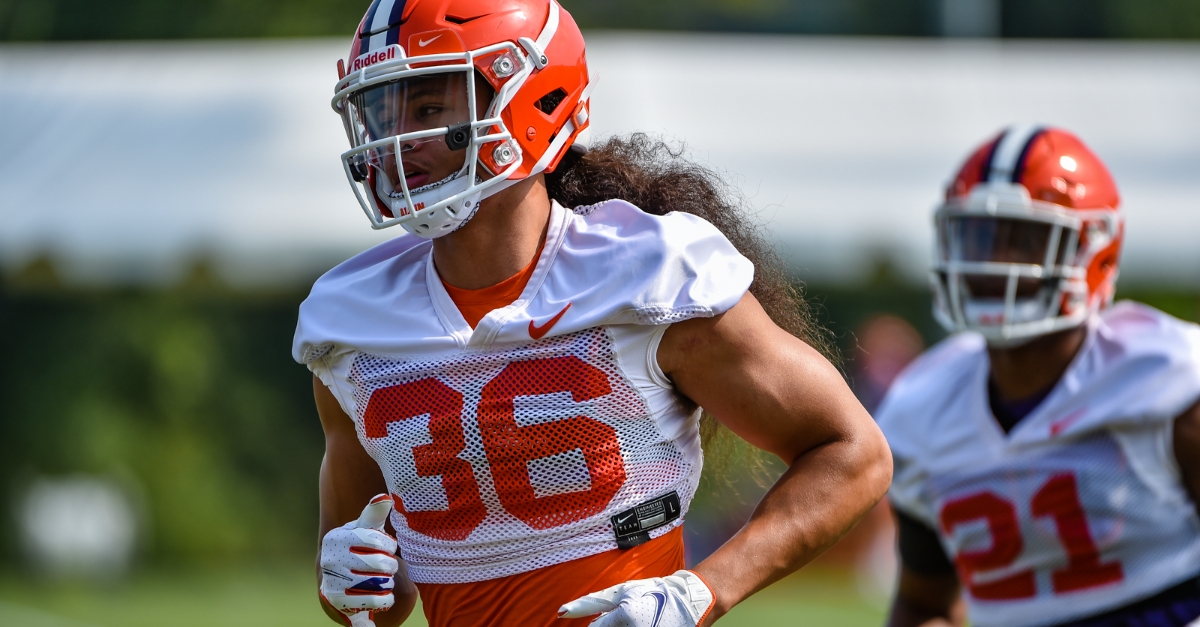 Zanders is out for the season

Among players listed on Clemson’s weekly depth chart released on Monday, the following player is not expected to be available for today’s game: S Lannden Zanders (shoulder).

Zanders was injured during the Georgia game Saturday and only played five snaps. He had surgery in the offseason on the same shoulder after missing time last year.

He entered 2021 credited with 55 tackles (five for loss), three sacks, four pass breakups and a sack in 506 defensive snaps over 24 games (nine starts).

*** Update: OL John Williams and S Nolan Turner are on the sidelines in street clothes.