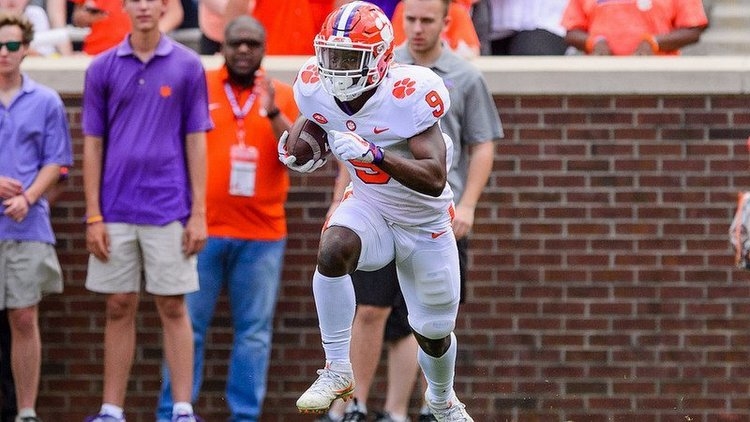 The time to get those preseason predictions in is winding down with college football games starting as early as Saturday, before a full slate next week.

Six of Sports Illustrated’s seven panelists picked Clemson to win the national title this week. All seven predicted a Clemson return to the national championship game after a year absence.

The schedule is a factor for some prognosticators.

“Let this be a challenge to the rest of the ACC: Almost everyone agrees that Clemson has the easiest path to the playoff of the national title contenders,” SI’s Eric Single said, “making it the safest preseason pick to win it all. Something will go off script for the Tigers—maybe the late September date with Georgia Tech, or the Florida State trip sandwiched between home games against NC State and Louisville—but not so far off script that Swinney can’t right the ship.

“The big difference between this year’s team and 2017’s semifinalists is the cache of skill players ready to blossom, namely sophomore Tee Higgins and the running back tandem of sophomore Travis Etienne and junior Tavien Feaster.”

The lone pick for Alabama harkened back to a dominant era in another sport.

“From 2000 to ’07, the heart of Tiger Woods’s heyday, would you pick the field to win the Masters or Woods?” SI’s Ross Dellenger said. “Right. Nick Saban has Alabama cruising, winning five of the last nine titles, and the excitement around championship-game savior Tua Tagovailoa is palpable. The defense lost some studs, but they’ll restock like normal, and that schedule sets up nicely, too. Alabama will play eight games before seeing a team that finished in the final AP Top 25 last year.”

SI lead writer Andy Staples offered what he termed as a bold prediction in his pick for the Tigers winning it all.

“Trevor Lawrence will be the starter by the start of ACC play against Georgia Tech,” Staples said. “I think Dabo Swinney learned from 2014. Remember back in 2014 , Deshaun Watson was a freshman and Cole Stoudt was the veteran. They went with Cole Stoudt because he was a veteran at the beginning of the season and it cost them the ACC that year. I don’t think they’re going to make that mistake again. If Kelly Bryant and Trevor Lawrence are equal - and they feel Lawrence has a higher ceiling, they’ll go with Trevor earlier.”

The Tigers, which are ranked No. 2 in the AP and Coaches Polls, will kick off their 2018 campaign at home versus Furman next Saturday at 12:20 p.m. (ACC Network).