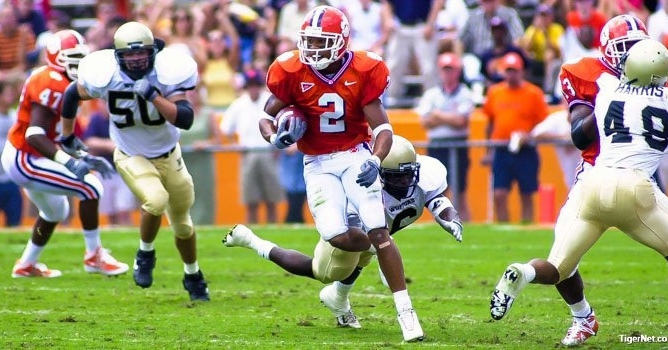 Mance was diagnosed with a rare disorder in 2016.

Mance has been battling Neurosarcoidosis, a rare disorder of the nervous system, since 2016. A cornerback and punt returner at Clemson between 1999 and 2002, Mance was on his way to a promising coaching career at Wofford when he was put on the sidelines by the disorder. He and his family have incurred many medical expenses.

“W.A.B. Sports and the support of Clemson alumni from the Clemson men’s and women’s basketball programs, and the Clemson football program make it possible to support our own athletes who are in need, as well as provide support to the local community,” said Wayne Buckingham, the former Clemson basketball player who is the CEO of W.A.B. Sports. “All proceeds from this tournament will go towards Brian Mance, local charities, and scholarships for youth camps hosted by W.A.B. Sports. Those camps provide instruction in sports combined with education in critical areas of health and nutrition.”

The tournament is scheduled to begin at 11 a.m. on June 7 from the Cross Creek course and will be a four-man scramble with each team captained by a Clemson celebrity. Last year’s celebrities included Dale Davis, Elden Campbell, Bobby Conrad, Grayson Marshall, Dalton Freeman, Homer Jordan, Tajh Boyd, Terry Allen, Levon Kirkland and many others.

For more information contact Wayne Buckingham at W.A.B. Sports (331) 472-9828. To register for the tournament go to www.wabsports.com.