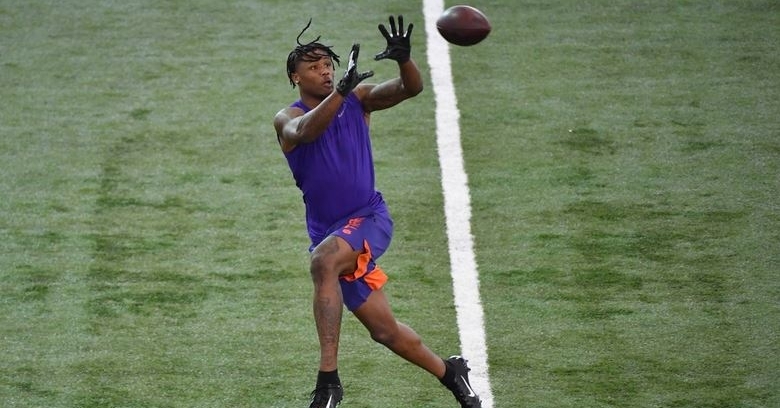 Higgins could go anywhere from round one to round three according to CBS Sports.

Thursday night could be a busy one for the Tigers in the NFL draft.

One of the latest CBS Sports mocks has three going in round one, which airs at 8 p.m. on ESPN and NFL Network.

The first projection would tie a Clemson record, with Isaiah Simmons going fourth overall to the New York Giants.

The other two Tiger selections could close out the night with Tee Higgins going 31st overall to the Philadelphia Eagles and AJ Terrell one pick later to the San Francisco 49ers.

Another three-round mock has Simmons going out West to the Los Angeles Chargers at six, Terrell in the top-20 to the Raiders (19), John Simpson to the Miami Dolphins at No. 71 and Higgins on pick No. 84 to the Chargers.