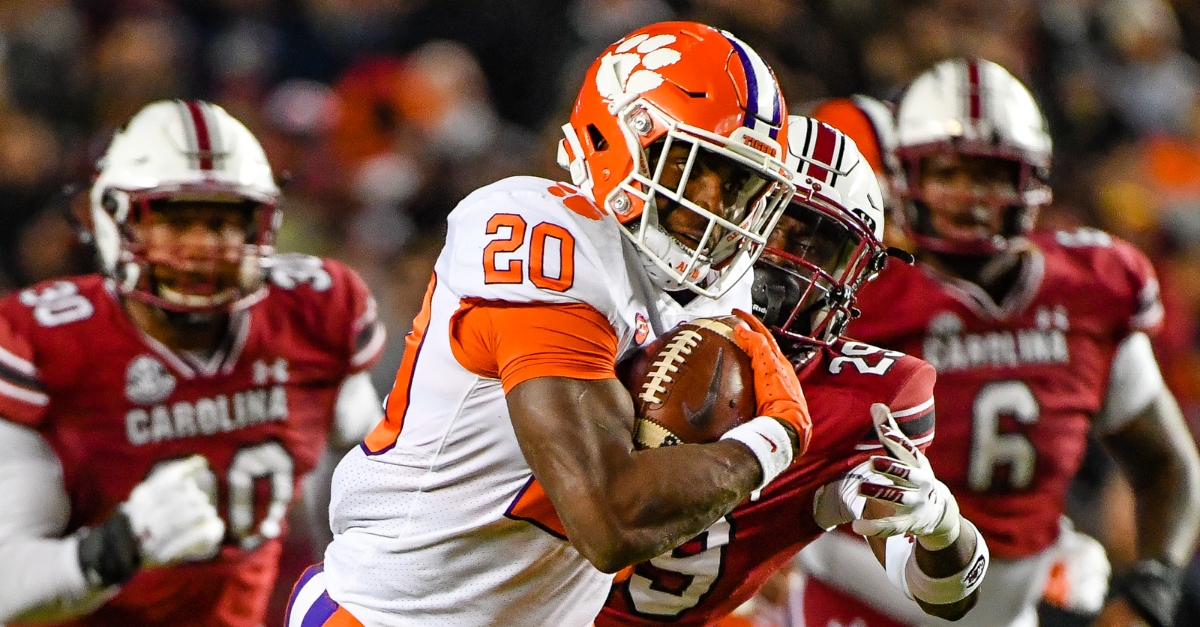 Kobe Pace and the Tigers are picked to go 11-1 in the regular season by a CBS Sports analyst and that would put them likely a win away from another Playoff berth.

Will Clemson be a Playoff contender again?

That includes an undefeated run through the conference to ensure a return to the ACC Championship Game this December. In predicting Clemson to top the 10.5-win over/under, he has the Tigers running the table with the exception of the trip to Notre Dame on Nov. 5.

"With one of the best defenses in the country, Clemson might not even need the passing game to return to form in order to win the ACC after its six-year run of conference championships was snapped in 2021," Patterson said. "However, beating this win total will require better play from the quarterback position and that's something I expect we will see from either D.J. Uiagalelei or Cade Klubnik. The Tigers have two of their three toughest opponents (NC State, Miami) coming to Death Valley, but the most challenging spot is against Notre Dame in South Bend, where the Fighting Irish beat No. 1-ranked Clemson – quarterbacked by DJU – in a 47-40 in double-overtime thriller in 2020."

With the other ACC predictions, Patterson has Clemson taking on Pittsburgh in Charlotte, which would be a third Panthers division title in the last five years.

"The high floor of Pitt football right now and the pieces returning defensively put another ACC title run in the cards. However, it's dependent on getting championship-level offense after significant turnover on that side of the ball," said Patterson.