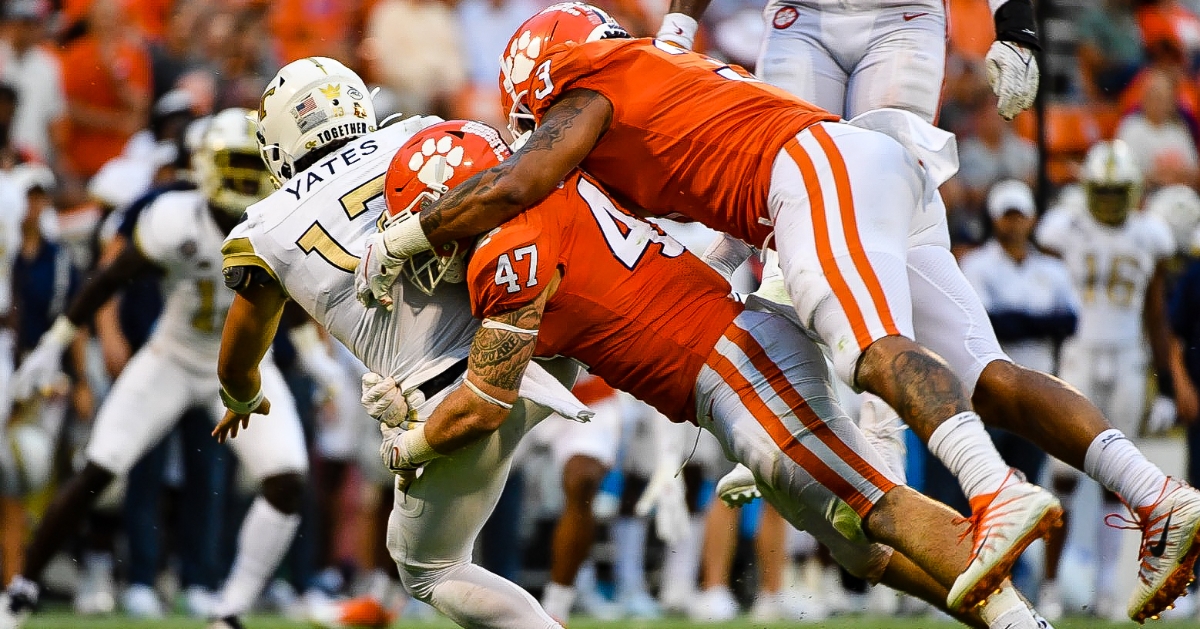 Clemson's defense is certainly keeping Clemson among the nation's best.

Clemson's struggles in a second bout with a Power Five conference opponent were enough for a significant drop in the rankings on one prominent college football website.

The CBS Sports 130 ranking dropped Clemson from fifth to 11th this week.

The Tigers improved to 2-1 in a strange 14-8 win over Georgia Tech, who they entered as a four-touchdown favorite over and needed a late goalline stand to ward off overtime.

The top-10 is Alabama, Georgia, Oregon, Oklahoma, Penn State, Iowa, Texas A&M, Cincinnati, Ohio State and Florida, with the latter two being the only ones with a loss this season there.