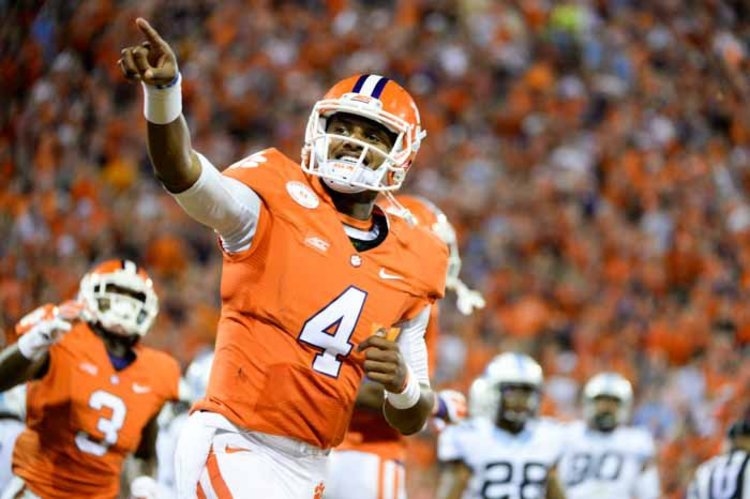 Will Watson take another step forward as a true sophomore?

Athlon Sports has released its early ACC predictions for 2015 and it has Clemson ranked #2 in the ACC Atlantic behind Florida State.

Protecting Watson is a priority, and the line needs to be revamped with three starters departing. While there’s a lot of talent in place, coordinator Chad Morris – arguably one of the top offensive minds in the nation – left to be the head coach at SMU. Can Tony Elliott and Jeff Scott continue to keep the offense performing at a high level? And the biggest concern for this team in 2015 will be replacing the defensive losses from a unit that led the nation in fewest yards per play allowed (4.0) in 2014. Standouts Vic Beasley

Georgia Tech is predicted to win the 2015 ACC Coastal division by Athlon.