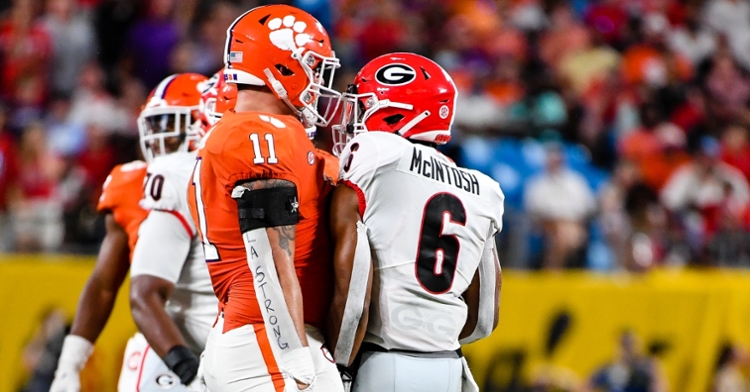 Bryan Bresee looks to make some noise in his 2022 return to the field.

The early picks for the 2022 season continue to roll in after a slew of 'way-too-early' rankings last week.

Athlon Sports released its January ACC football predictions on Monday, which included a Clemson return to the top of the Atlantic Division.

"Even with coordinator Brent Venables off to be the head coach at Oklahoma, the strength of Clemson’s ’22 squad will be its defense. This unit led the ACC by limiting teams to just 14.8 points a game in ’21 and returns standouts up front in Bryan Bresee and Myles Murphy, along with linebacker Trenton Simpson and safety Andrew Mukuba. However, big concerns still surround the offense," Athlon's Steve Lassan wrote. "The Tigers need better play up front and at receiver. Also, is quarterback DJ Uiagalelei poised to improve in his second year as the starter? Or will freshman Cade Klubnik win the job this offseason?"

As for the two teams that finished ahead of Clemson in the Atlantic last season, Athlon predicts Wake Forest in the No. 2 spot, followed by NC State.

Who emerges from the Coastal? It very well could be Pittsburgh again, Athlon predicts, with Miami another top contender.

"The Panthers will miss quarterback Kenny Pickett, but USC transfer Kedon Slovis was added to push Nick Patti and Davis Beville for the starting nod next fall," Lassan wrote. "Helping to ease the new signal-caller is All-American receiver Jordan Addison, along with all five starters returning on the offensive line. Pitt’s defense ranked among the best in the ACC by holding teams to 5.1 yards per play last fall. Coach Pat Narduzzi has a few holes to fill, but this unit is still in good shape entering 2022."

Before the 2021 campaign, Clemson won the ACC in six consecutive seasons. No team other than Clemson or Florida State had won the Atlantic Division since 2008 (Boston College). Taking out the 2020 season that featured Notre Dame, the Coastal Division hasn't had a back-to-back ACC Championship Game participant since 2010-11 (Virginia Tech).