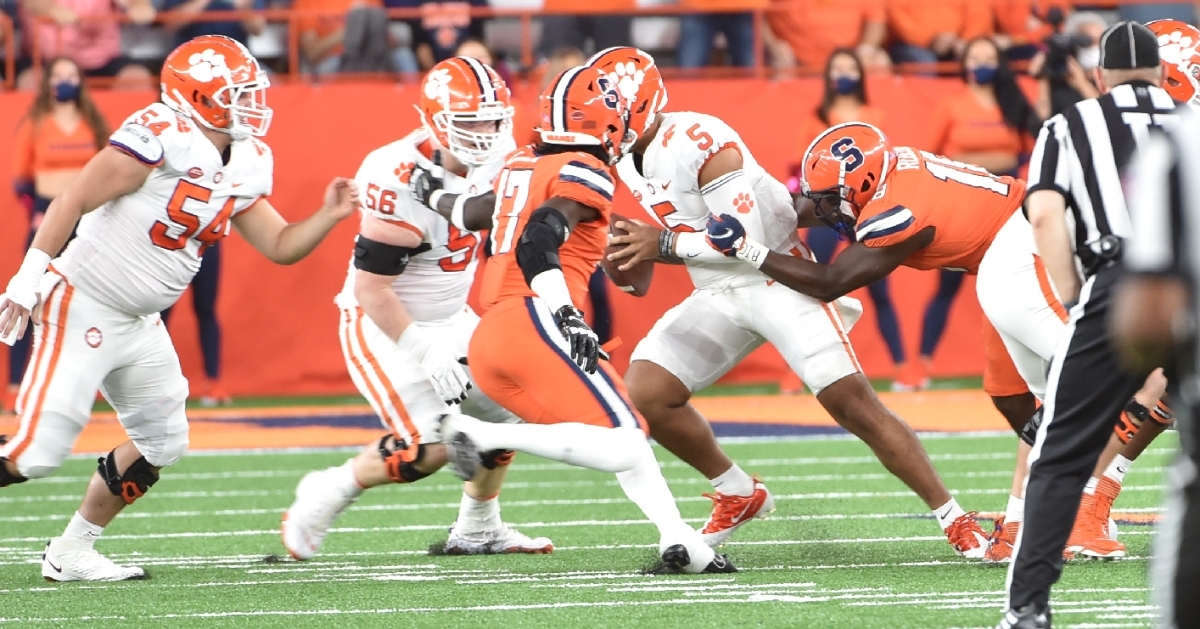 O-line issues have been glaring at points.

Clemson's offensive struggles have marked a surprising 4-3 start to the season after beginning the year ranked as high as No. 2.

"What's different this year is they don't have the skill players," one assistant coach told ESPN. "Go back and look. They had Deshaun Watson and then Trevor Lawrence at quarterback for most of their [playoff)] run, and every year they had a first-round draft pick at running back or receiver. They don't have those difference-makers at the skill positions this year."

Another coach said the number of problems on offense seem to be getting into the head of sophomore QB DJ Uiagalelei, which he added that that could be expected for a young player, while another pointed to the O-line for the biggest issue.

"It's really been glaring this year. They've had some injuries, and I think they lack some toughness up there," he said. "That's a recipe for disaster when you combine that with a first-year starter at quarterback.