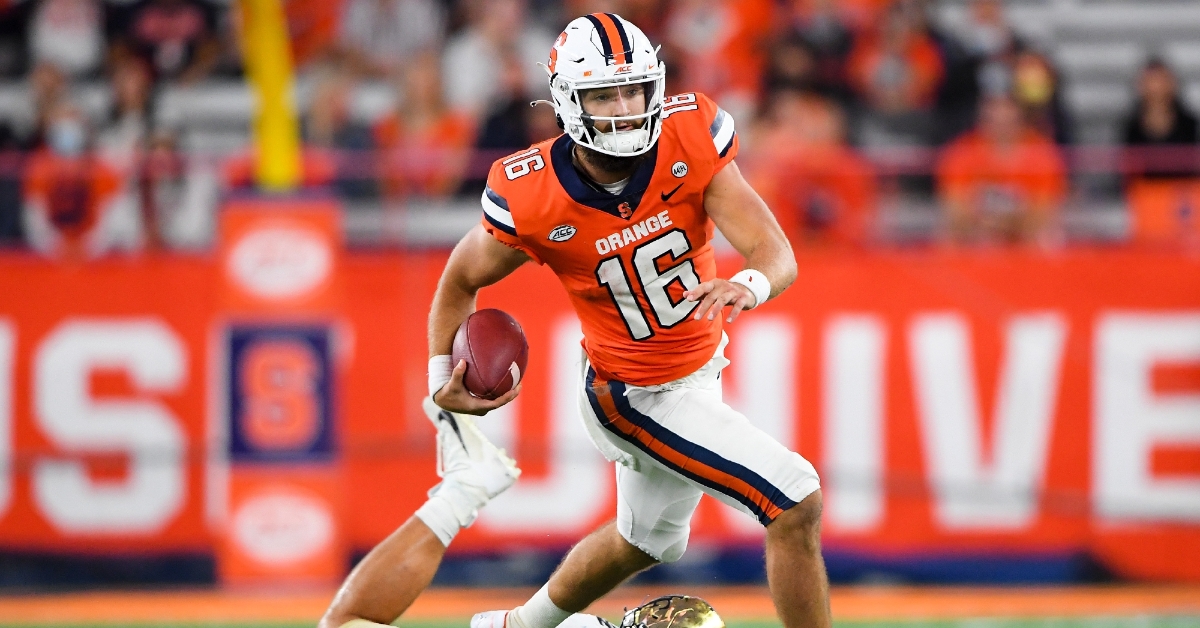 Clemson entered the bye week in some uncharted waters for the program lately. Just how will Dabo Swinney's Tigers perform out of it at Syracuse Friday?

The Tigers remained unranked in the Associated Press top-25 for a second-straight week with a 3-2 record, which included a 10-3 neutral-game loss to now-No. 1 Georgia and a 27-21 road double-overtime defeat to now No. 22-NC State after Clemson started the season ranked No. 3 overall.

The Tigers are AP-unranked for the first time ever going into a game with Syracuse, including a top-3 mark in seven of the last eight meetings.

History tells you that Clemson will likely play well coming off the break, with seven consecutive wins after a true open week by an average of 20 points. However, there have been some parallels to the 2014 Clemson campaign’s slow start, which included the last loss off of a bye (23-17 in overtime at Florida State).

Here’s how the Tigers and Orange shape-up by the advanced metrics coming in:

The Orange are about in the middle of the pack on strength of schedule to this point (No. 66 on TeamRankings), having nearly topped Atlantic Division-leader Wake Forest last week at home (40-37 OT) and getting passed in the division by Florida State with another close loss (33-30 in Tallahassee). So that has their efficiencies as measured compared to solid stats in the typical categories like rushing offense (No. 11), total defense (No. 22), rushing defense (No. 31) and passing defense (No. 32).

Still, they do rank in the top half nationally on offense and defense according to both the SP+ and FPI metrics, which is something Clemson can’t claim after offensive struggles over the first five games.

Opportunities will be there for the Tiger offense to score, so it’s a question of field goals versus touchdowns like the close call with Boston College last time out. And on the other side of the ball, can an imbalanced Syracuse offense (No. 11 rushing/No. 115 passing offense-No. 93 pass efficiency) move the ball on a unanimous -- by major metrics -- top-4-rated Clemson defense?

The FEI rating has been big on Clemson this year (and recent years) but this week the margin is a little thinner in the projection than the rest (10.2 points). With how Brent Venables’ group is performing (with a watchful eye kept to injury attrition), the question most weeks against the spread will be just what kind of Clemson offense shows up. This might be the one it all comes together on that side of the ball, but it’s hard not to take a wait-and-see approach on that group -- particularly away from home.

(SP+ is a metric from ESPN's Bill Connelly, formerly of Football Outsiders and SB Nation, that combines ratings for the five factors of efficiency, explosiveness, field position, finishing drives and turnovers. FPI is the Football Power Index that has a similar projection-style model from ESPN as well. FEI is a Football Outsiders projection tool that judges team efficiency for a projection.)

There are 5 teams currently allowing less than 1 point per drive.

The other is Clemson.