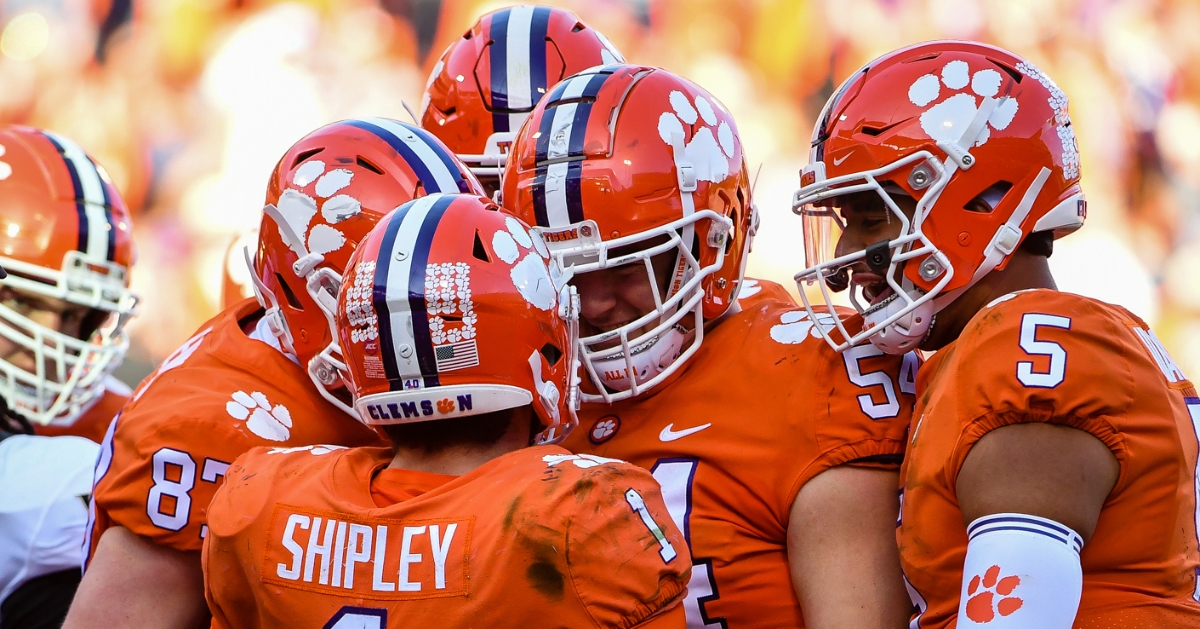 Clemson found a rhythm on the ground with 333 rushing yards against Wake Forest, and the Gamecocks rank 95th in rush defense.

Throw out the record books on a rivalry game? That’s something No. 23 Clemson’s rival would certainly be in favor of going into a renewal of the heated in-state battle two years in the making under the lights Saturday in Columbia (7:30 p.m./SEC Network).

The Tigers have won the last three installments in Williams-Brice Stadium, with the last two coming by 30 points per game. Overall, Clemson’s series streak is up to six and it is seeking to tie the longest rivalry run (1934-40).

There is some justifiable buzz around the now bowl-bound Gamecocks, however, which are 5-1 and averaging a 13-point margin of victory at home this season, against a Clemson team that’s not had the greatest of efforts outside of Death Valley (-2.4 average scoring margin; -98.2 average yards margin; 2-3 record).

Here’s how the teams size-up by the metrics:

The Gamecocks have played better lately, but they do have one of the worst Power 5 conference team efficiencies on both the offensive and defensive lines.

Clemson opened as a 14-point favorite and that quickly dropped to the 11/11.5-point range, but both ESPN metrics with the SP+ and FPI would have taken the Tigers with the original line.

The FEI, which picked Wake Forest last week, is pretty conservative in Clemson's direction, as well as CFB-Graphs.com but both expect a Tigers win.

Clemson has covered the spread in three of the last four Palmetto rivalry matchups, including both times in that span in Columbia. This season, after an 0-7 start against the number, the Tigers have covered in three of the last four games, while South Carolina has two outright upsets out of their last three (40-17 win as a 20.5-point underdog at home to Florida; 21-17 win as a 7-point underdog to Auburn at home last week) but a 3-5 ATS mark against Power 5 teams overall this season.

Clemson’s coaches have talked this week about putting that first complete effort away from the friendly confines of Memorial Stadium, and there’s a recipe to do just that Saturday night. Both teams are playing pretty well and the home field should be worth a few points for the Gamecocks, but similar to the Wake Forest game, the Tiger defense should largely control the action on that side and the Clemson offense will make enough plays to pull away by a couple of scores.

(Situational stats per CFBStats.com. SP+ is a metric from ESPN's Bill Connelly, formerly of Football Outsiders and SB Nation, that combines ratings for the five factors of efficiency, explosiveness, field position, finishing drives and turnovers. FPI is the Football Power Index that has a similar projection-style model from ESPN as well. FEI is a Football Outsiders projection tool that judges team efficiency for a projection. ^Adjusted line yards attempts to separate the ability of the running back from the ability of the O-line, by assessing runs to O-line from 0-4 yards 100%; 5-10 yards 50%; runs for a loss 120% and runs of 11+ yards all on the ballcarrier. #Power success rate measures the percentage of runs on third or fourth down, two yards or less to go, that achieved a first down or touchdown. Expected Points Added (EPA) is a football statistic that seeks to measure the value of individual plays in terms of points. This is done by calculating the Expected Points of the down, distance, and field position situation at the start of a play and contrasting it with the situation at the end of the play.)