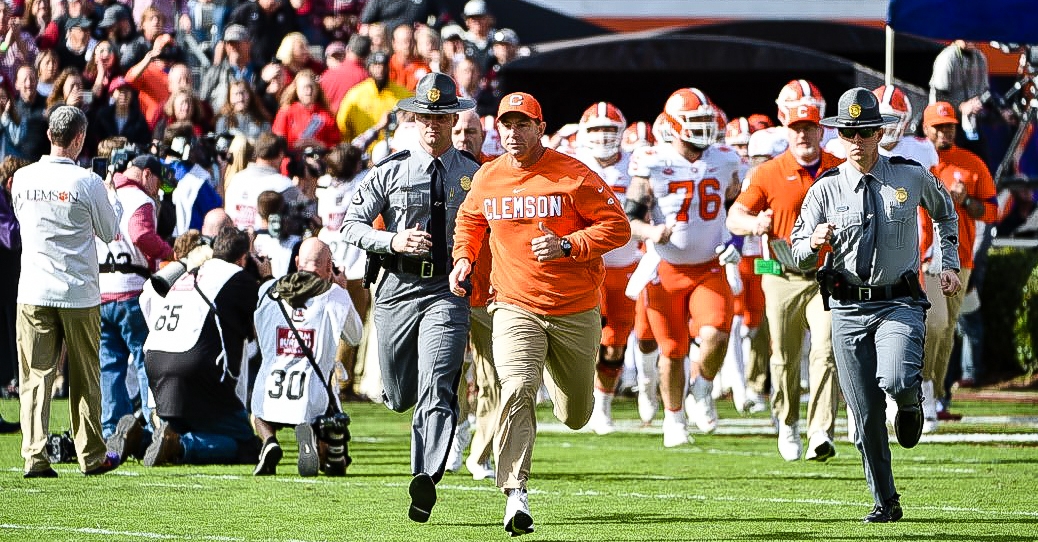 Clemson will try to get another rivalry win over South Carolina

GREENSBORO, N.C. (theACC.com) – The Atlantic Coast Conference and its television partners updated the football game times and networks for the week of Nov. 27, four of which were previously under a six-day hold.