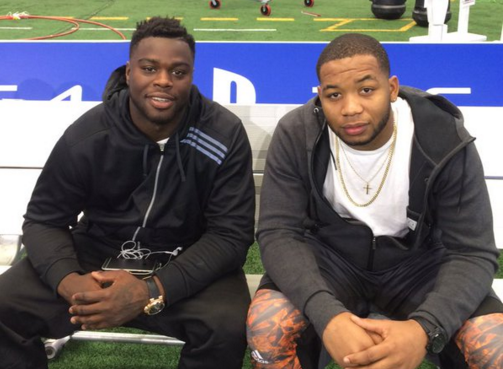 7 of the 8 Clemson players invited were on the defensive side of the ball.

Clemson, S.C—Eight members of Clemson’s No. 2 ranked 2015 football team have been invited to the 2016 NFL Combine. The four-day event will be held in Indianapolis, Ind. Feb. 26-29.

Lawson (1st team), Alexander (2nd team), and Kearse (2nd team) were all named All-American in 2015. Lawson was a consensus selection as he led the nation in total tackles for loss with 25.5. Goodson was a first-team All-ACC selection and led the Tigers in tackles with 160. Dodd ranked second to Lawson nationally in tackles for loss with 23.5. Peake ranked second on the Clemson team in receptions with 50 and Reader had 31 tackles in eight games, five as a starter.

The eight players invited stand as a Clemson record. The previous high for Clemson invitations to the NFL Combine was seven set in 1999, 2007 and 2011.

This is the second straight year Clemson has had the most or tied for the most defensive player invitations to the combine. Clemson had six defensive players invited last year to lead the country. Five of the 13 over the last two years have been defensive ends. Last year defensive ends Corey Crawford, Vic Beasley and Tararis Barnes were all invited and made an NFL roster.

The program has had at least one first-round draft choice each of the last three years. DeAndre Hopkins was a first-round pick by Houston in 2013 and was named to the Pro Bowl this year. Sammy Watkins was the No. 4 overall selection of the 2014 NFL draft by the Buffalo Bills. Last year Vic Beasley and Stephone Anthony were both first round picks. Beasley went to Atlanta and Anthony to New Orleans.

Many 2016 Mock Drafts have Alexander, Lawson and Dodd going in the first round. Clemson has never had three first-round picks in the same year.

Clemson had 38 former players on NFL rosters last year, the most in one season in NFL history.