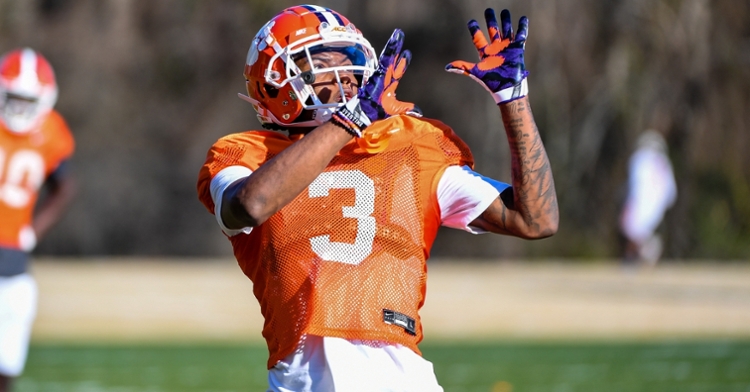 The Clemson Tigers are back in business at wide receiver, and head coach Dabo Swinney says two freshman receivers are a big part of the reopening.

Tiger receivers, running backs, and tight ends combined for 326 catches last season, but seniors Cornell Powell, Amari Rodgers, and Travis Etienne and junior Braden Galloway combined for 205 of those catches. No other receiver had more than freshman EJ Williams and his 24.

The receiving group was starting over in many ways – receivers coach Jeff Scott left to become the head coach at South Florida, Tee Higgins was off to Cincinnati to play for the Bengals, Justyn Ross was out for the season with an injury, and Diondre Overton moved on after graduation.

It was Powell and Rodgers and Etienne who carried the load as Frank Ladson and Joseph Ngata couldn’t stay healthy and Williams battled through his freshman season.

This season, there is reason for optimism. Ross is working his way back and would be the unquestioned leader of the group, Ladson and Ngata are healthy, Williams is better than ever, Ajou Ajou and his freakish athletic ability should pay dividends, and two freshmen are already turning heads.

"We're back in business there at wideout," Swinney said. "It's unbelievable the depth we have out here now. I'm super excited about it. Obviously we had a lot of guys out last year. We've got a great group (in 2021)."

The two freshmen are Beaux Collins and Dacari Collins, a duo that Swinney has dubbed the Collins Towers.

“They’re very smooth athletes, first of all,” Swinney said after a recent practice. “Very polished guys. They’re way ahead from where Ajou came in last year. Ajou, we knew was going to be a very raw, raw kid, and he’s making some progress. Excited about that. But these are two guys that it’s obvious that they have a great feel for the game.”

Dacari Collins had 48 catches for 842 yards and eight scores as a senior, averaging 17.5 yards per catch for Westlake High School in Atlanta. Beaux Collins didn’t get to play last season after the state of California canceled high school athletics due to the COVID-19 pandemic. But as a junior in 2019, he recorded 41 receptions for 1,008 yards and 14 touchdowns while teaming up with D.J. Uiagalelei to help California powerhouse St. John Bosco win a state and national title. 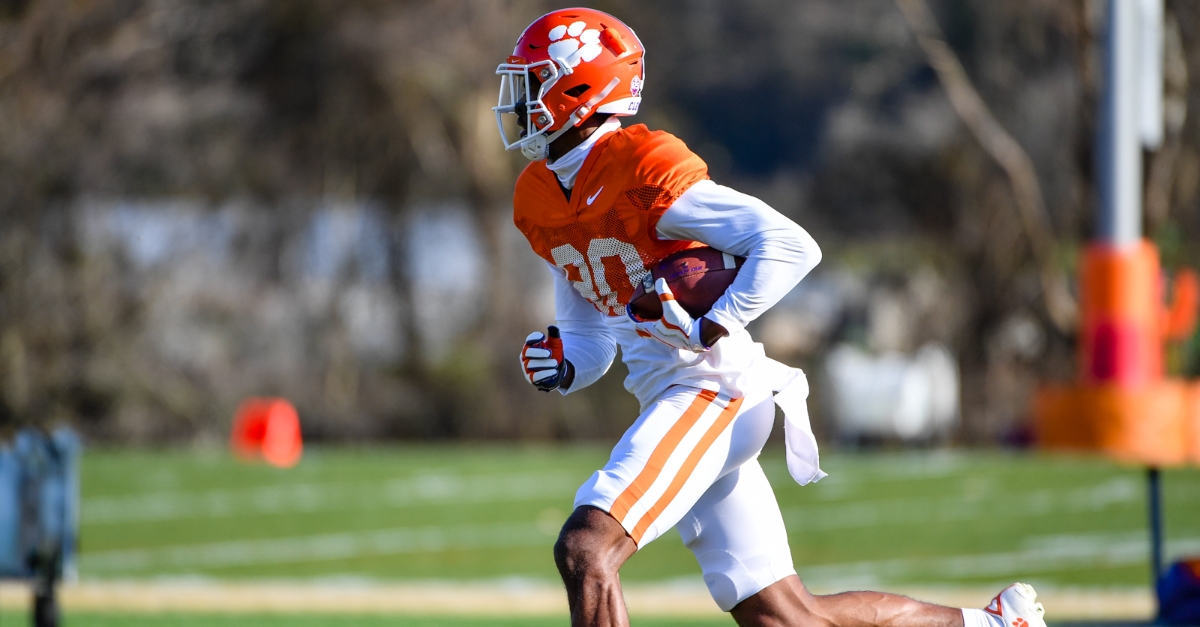 Dacari is listed as 6-5, 200 pounds by the school and Beaux is listed at 6-3, 195. Both stood out at a recent practice during drills. Dacari is easy to spot – he stands helmet to helmet with Ross and is among the tallest in the group. Beaux is easy to spot because of his polished route running and strong hands.,

“Both are physically in a good spot,” Swinney said. “Dacari is a big, strong young man, and then Beaux has got great size – not quite as big as Dacari, but got great size — but he is silky smooth.”

Swinney said both players are ahead of the curve.

“Fundamentally and technically, they get it,” he said. “Easy to coach, and excited about both of them. They’re exactly what you could hope they would be, especially at this point. So, they’re way ahead of the curve at that position for midyear guys. So, I’m excited about what I’ve seen so far.”