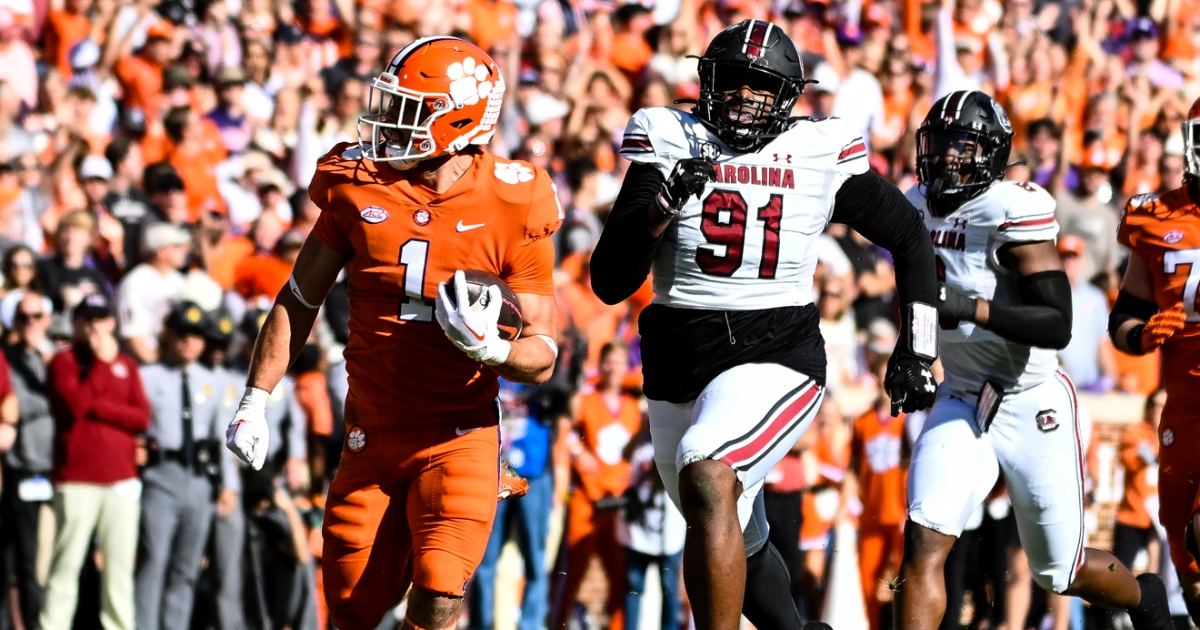 Will Shipley breaks away from a South Carolina defender.

CLEMSON – Running back Will Shipley stood facing a throng of reporters after the loss to South Carolina and struggled to find his voice as the Gamecock band held a loud and boisterous, impromptu pep rally outside the stadium. But his message was clear: Clemson’s offense needs to look in the mirror.

They totaled just 86 yards in a miserable second half, with only 13 of those yards coming in the second half from the passing game. Overall, Clemson gained just 336 tough yards against a South Carolina defense that ranked in the lower half nationally in several categories

Clemson quarterback DJ Uiagalelei was 8-of-29 for 99 yards. Clemson rushed for 237 yards, with Will Shipley gaining 132 yards on 15 carries. However, other than a 59-yarder in the first half to Beaux Collins, the passing numbers were not good – 7-for-28 for 40 yards. Against a team that has had trouble stopping anyone this season.

“It's really disappointing as a competitor. You’ve got to be because it’s your rival. You know, we had chances to win the game and put it away. We didn't. So very disappointed,” Shipley said. “They were bringing a lot of really good pressure, and we were not giving DJ enough time to really lock in on his reads and do everything that he needs to do. So, it's partly on us as an offense. All we can do is look in the mirror, see how we can get better and go after the next goal.”

Shipley said he felt like there were areas of the South Carolina defense that the offense could attack.

“I'm just out there running plays. I get the signal and I line up and I go,” he said. “I try to give input or give anything I can that I see on the field. If they take it, they take it. If they don't, they don’t. So I just do my job. There's definitely some things out there that we could have attacked, but they chose to attack some other things that were there as well.”

When he was asked if there were specifics, he shook his head no and said, “No specifics.”

Next up for the Tigers is the ACC Championship Game against North Carolina.

“Take a step back with a mirror and make adjustments and make corrections,” Shipley said. “We can’t go into next week and harp on this loss. We've got huge things ahead – the ACC Championship and then whatever comes after that. So we really just got to take a look in the mirror and get better from this game.”

“I apologize to all the fans, all the guys who came before us that allowed us to carry on that streak for a little while,” he said. “I just apologize.”