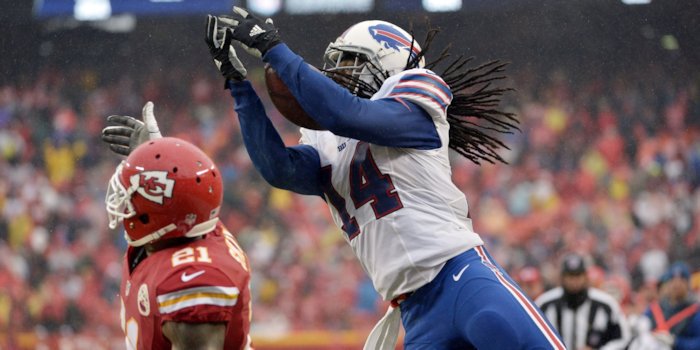 Sammy Watkins had a breakout game Sunday against Kansas City as the Buffalo coaching staff focused on getting him the ball. Watkins finished with six catches for 158 yards and two touchdowns in the Bills’ loss.

Martavis Bryant had another solid game with five catches for 69 yards and a rushing touchdown against Seattle in Pittsburgh’s loss.

Defensively, Stephone Anthony finished with 10 tackles, including a tackle for loss, in New Orleans’ loss to Houston.

Martavis Bryant, WR, Pittsburgh: Five catches for 69 yards and a touchdown, one carry for 11 yards against Seattle.

C.J. Spiller, RB, New Orleans: One carry for minus-2 yards, three catches for 8 yards against Houston.