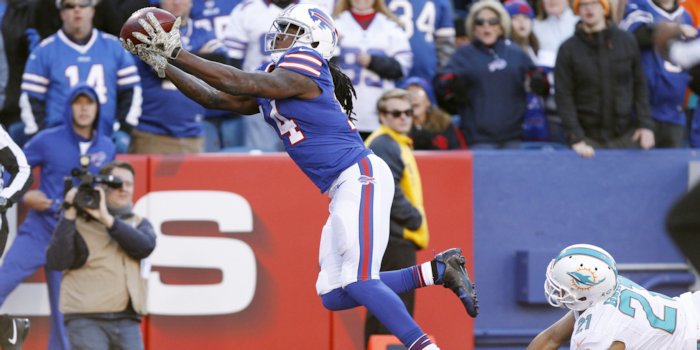 Sammy Watkins had his best game of the year with a career-high 168 yards receiving and a touchdown in Buffalo’s win over Miami.

Stephone Anthony had another strong game for New Orleans with eight tackles against Tennessee in the Saints’ loss.

Vic Beasley, DE, Atlanta: One tackle, one pass defensed and one interception against San Francisco.

Martavis Bryant, WR, Pittsburgh: Three catches for 31 yards and a touchdown against Oakland.

Brandon Thompson, DT, Cincinnati: One tackle, one tackle for loss against Cleveland.

Sammy Watkins, WR, Buffalo: Eight catches for 168 yards and one touchdown against Miami.