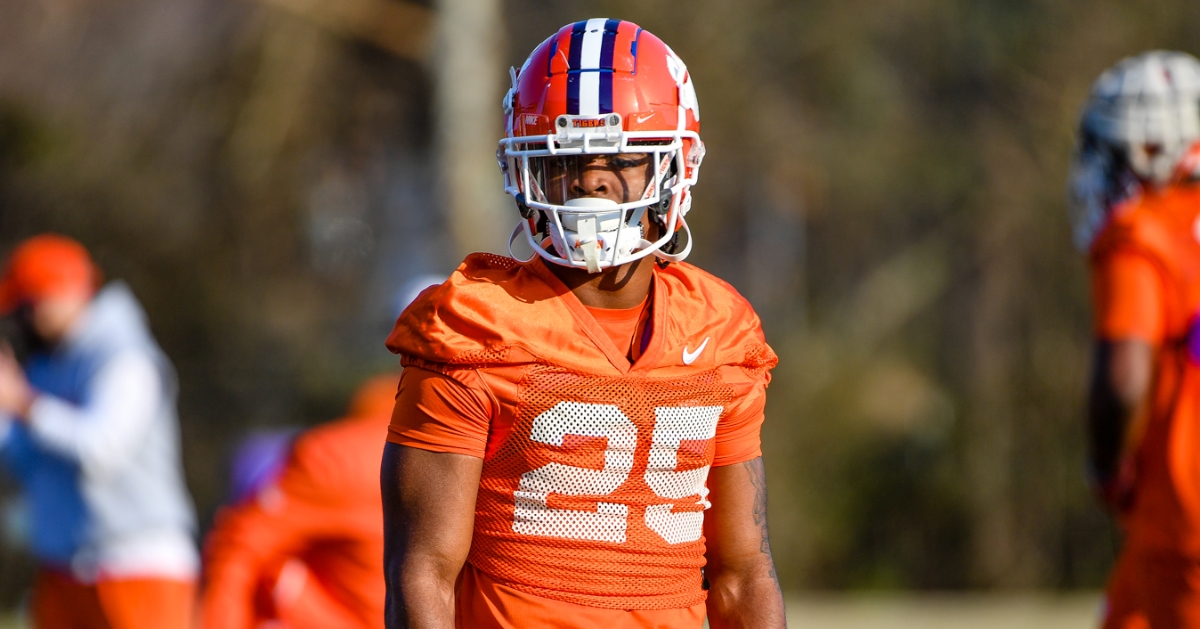 Phillips trusted the process and is set for a big senior season.

CLEMSON – Following one of Clemson’s scrimmages this spring, a local high school coach walked out of the indoor practice facility and told us that the best player on the field was safety Jalyn Phillips. For Phillips, it’s all about trusting the process.

Phillips, out of Lawrenceville (GA) Archer High School, is entering his senior season with high expectations. He’s projected to start at one of the safety spots – alongside Andrew Mukuba – and finally turn into the player he always knew he could be.

Phillips has started just seven games in his Clemson career, but six of those came last season when he recorded 47 tackles (1.0 for loss), three pass breakups and a forced fumble over 357 defensive snaps in 12 games. He enters 2022 credited with 70 career tackles (1.5 for loss), five pass breakups, an interception and a forced fumble in 553 defensive snaps over 37 games (seven starts).

He’s had a chance to sit and watch some of the best safeties to play at Clemson in recent seasons, guys like Tanner Muse, Nolan Turner, and K’Von Wallace.

Did he want to start? Play more snaps? He did, but leaving never entered his mind.

“Trust the process,” Phillips said. “I wake up every day and trust the process. I’ve learned so much from Nolan Turner. I appreciate him the most. Some people, they hate on the guy that’s in front of them, but I never in my life will hate on another man. I just really learned the game from him. He really slowed things down for me player-wise. That’s the reason he’s one of my close friends to this day.”

Phillips said every player should want to start, but he’s been content to stay with the people he thinks of as a family.

“And playing under a guy like (defensive coordinator) Wes (Goodwin) and a guy like Coach (Mickey) Conn,” Phillips said. “Genuine men. Guys that love you on and off the field. Coach (Dabo) Swinney, another guy that loves you on and off the field no matter what it is. Playing under them and playing for my family is really the big reason why I go so hard.”

As he enters the final year of his collegiate career, Phillips is determined to pass on what he’s learned from Muse, from Wallace, and especially from Turner. He wants to be the same kind of leader and help enhance the younger players’ game.

“Coming in, I always did what was right, did what coach needed me to do and did a little extra, so I feel like I’ve always been a leader about what I’ve been doing,” he said. “But this year, taking on that role, I’m trying to be more vocal and get some of the young guys in and watch some film because I know how it was for me when I first came here. Everything was fast and everything is fast on the field. You might know it on the paper, but as soon as you get out here (on the field), your mind goes crazy.”