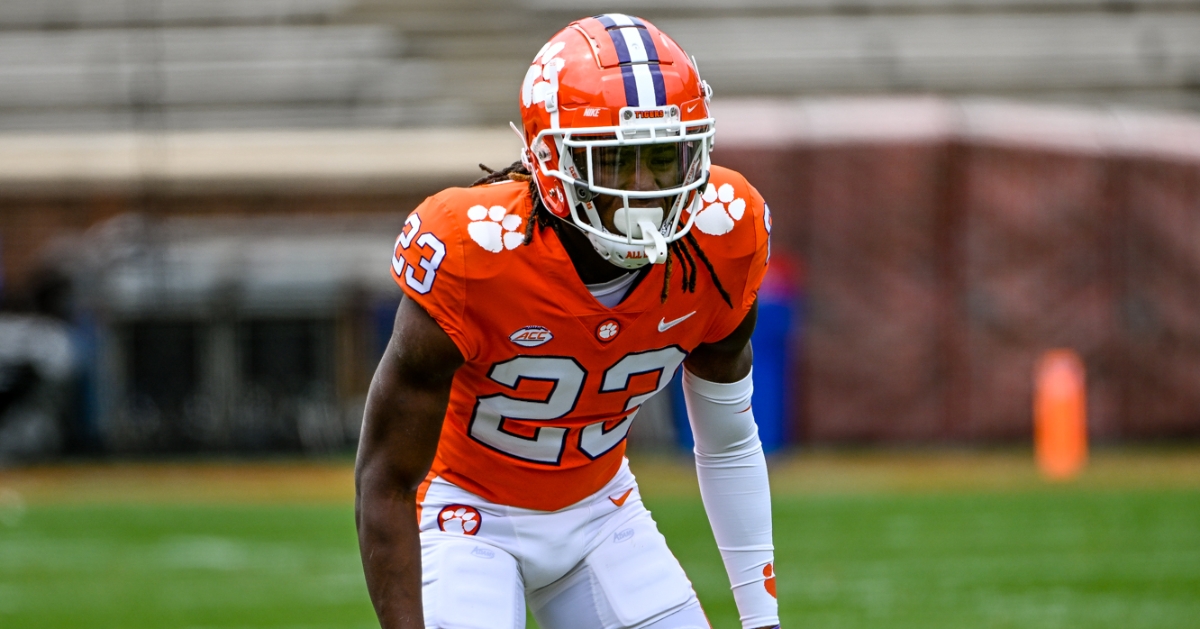 Toriano Pride is a versatile defender ready to show what he can do.

Toriano Pride has called his shot, predicting a pick-six at some point this season, and he’s happy it will happen while he’s living down South.

Pride is a freshman corner out of St. Louis who was a national top-40 player according to 247Sports, which rated him No. 39 overall, sixth-best among cornerbacks and second-best in Missouri. On3 Sports ranked him as the nation’s No. 15 overall prospect, including listing him as the nation’s third-best cornerback and top prospect from Missouri.

What made the Missouri youngster want to come to Clemson? The community and a desire to be in this part of the country.

“The people. The Swinneys. Coach (Mike) Reed, that's the biggest one,” Pride said. “It's the people really. I just love it here. And, I'm down South. I've always wanted to play college football in the South ever since I was six years old.”

Pride was selected to the All-American Bowl in San Antonio after he helped his East St. Louis team to an 11-3 record in 2021. He had 84 tackles and three interceptions as a senior, including an 82-yard interception return for a touchdown against Belleville West. He played on the 2019 state title team at Lutheran North High School in Missouri.

However, he knows he had to start all over in college -- he enrolled in January and participated in spring practice -- and plans to listen to everything Reed has to say.

“I'm just a hard worker. I'm coachable,” Pride said. “When Coach Reed tells me to go from point A to point B, I'm going to do it and not ask any questions. If I mess up, I don't talk about it or anything. I just learn from. I think that's really the main thing.”

Which corner position does he favor?

Pride has already seen some of Clemson’s wide receivers up close and he listed which ones have impressed him the most.

“Probably Dacari (Collins) before he got hurt. Joe Ngata. He's going to ball out for sure,” Pride said. “He made some plays last year and his freshman year, but this is going to be his breakout season. Beaux Collins. That dude is different. He had a great freshman year. Him and Dacari both had great freshman years. They stepped up when everybody else was hurt and they're going to do it again.”

He also has a prediction for this season.

“Be ready because I'm ready. The Tigers are going to get everything out of me,” Pride said. “And I’m getting a pick-six. I’m calling it now.”