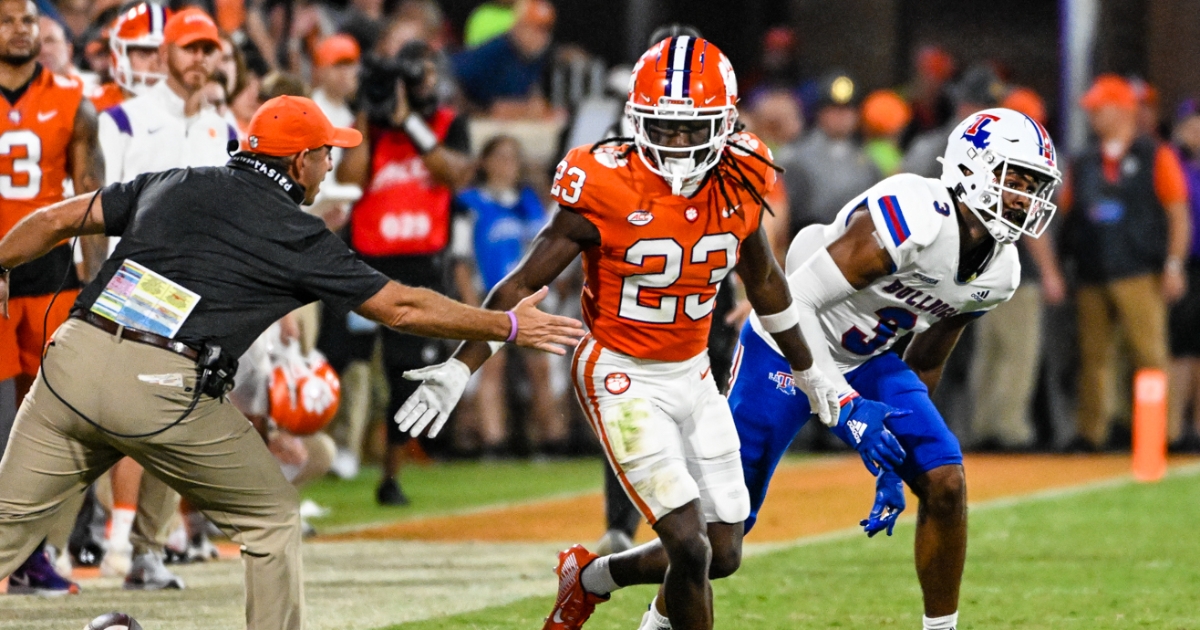 CLEMSON – For Toriano Pride, his first experience with a night game in Death Valley was everything he could have wanted.

Unlike most Clemson recruits, Pride never visited Clemson for a home game during the recruiting process. The first Clemson game he saw in person? The game against Georgia Tech in Atlanta. His first home game in person? The home opener against Furman. His first night game in Death Valley? Last week against Louisiana Tech.

Starting cornerback Nate Wiggins was listed as unavailable for the contest and when the other starter, senior Sheridan Jones, left with an injury in the first quarter, Pride and fellow freshman Jeadyn Lukus were thrown into the figurative fire against the Bulldogs’ Air Raid offense.

Pride played a career-high 48 snaps and finished with a tackle and three pass deflections, and gave his grade to the media on Monday.

“I feel I did pretty okay. I got a lot to fix and to get better at and fix my technique,” Pride said. “But in total, I felt I did pretty good."

What was it like playing at night in Death Valley?

"Oh, it was fun,” Pride said with a smile. “That was my first night game in the Valley. And beforehand, I never went to a Clemson game before I came here. I was pumped. But when I was on the field, I had to block out all the noise and all the fans."

Pride was born in St. Louis but finished his prep career across the Mississippi River at East St. Louis (IL) High School. He enrolled in Clemson in January, and credits being around in the spring for his early playing time.

"I got a head start on the playbook, better relationships with the coaches, getting closer with Coach (Mike) Reed, and just getting to know the football team,” Pride said. “Everybody in the locker room and stuff like that. I feel like that gave me a head start instead of coming in the summer."

Pride says he is his own worst critic but feels like he has a lot he can bring to the table.

"I'm a hard worker and I don’t back down from anybody,” he said. “I just feel like I can beat anybody that stands in front of me. As long as I use my technique, use the proper stuff that Coach Reed taught me in practice, I feel nobody should beat me."

After watching film of the win over the Bulldogs, Pride realizes that he has a lot of work to do and is happy to keep on learning with Lukus.

"Really, just watching film on all the mistakes I made last game. And [just] this whole week of practice, trying to work on it every single day,” he said. “Trying to break bad habits. That's really what it is. Oh, we've helped each other (Pride and Lukus) grow a lot. We learn off each other like he might make a mistake and I learn off of it or if I make a mistake, he might learn off of it. So, we just build off of each other."