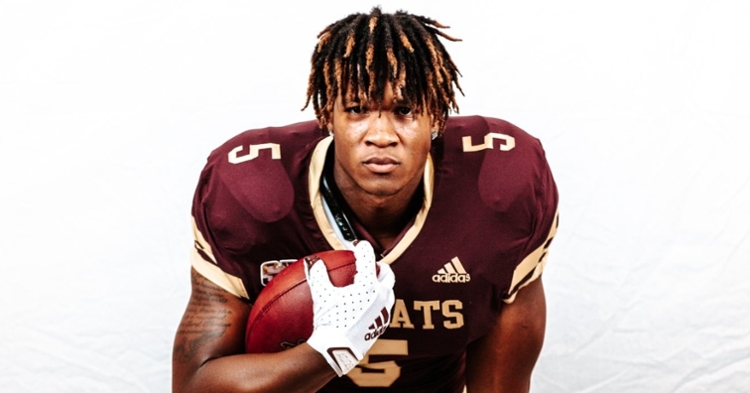 Paul is to set to be on Clemson's campus in two weeks.

Andrew Paul made a list of his goals before the start of the 2021 season, and he obliterated those goals after putting up video game-like numbers during a state championship season. Now he’s looking for a new home.

Paul is a 2022 3-star running back out of Dallas (TX) Parish Episcopal School who currently boasts 22 offers. His biggest offers to date are from Michigan, Michigan State, Auburn and Notre Dame. Clemson added its name to the list a few days ago when running backs coach CJ Spiller reached out with an official offer.

For the season, Paul rushed for 2,616 yards and scored 44 touchdowns. He earned first-team all-state honors and was named his district's Most Valuable Player.

“This year was a great experience. The team was really good,” Paul told TigerNet. “I was around a bunch of great people and it was definitely a one-of-a-kind type of year. I had a bunch of goals for the season - I had that I wanted to rush for 1500 yards and 20 touchdowns and average 10-plus yards per carry. But when it came to the team goal, I definitely believed we were going to win a state championship.”

Paul says he stands six feet even and weighs in at 210 pounds, and as a bigger back, he grew up loving the way Adrian Peterson played the position.

“Just the way he ran the ball,” Paul said. “I like the fact that he always broke the first tackle and dusted the defenders at the second level. He always made the defenders miss. I’ve always liked that about him.”

Paul has been in contact with Spiller and Clemson for months and was elated when an official offer showed up.

“It was CJ Spiller himself. He talked to me himself. It was a long process. I thank him for that,” Paul said. “It’s a level of trust I have with him. The first thing I noticed is that he came to my game. That showed me he has an interest. He stayed for my whole game. And we’ve grown recently since we been talking more. And I like his faith in God and he won’t pressure me into making a decision. He understands that being a back himself. He is definitely relatable.”

“I would say it’s the fact that you can tell the whole family is the most important thing there,” he said. “I talked to Coach Swinney a little bit. I could tell he cherishes his family and family matters. That is really important to me.”

Paul plans on visiting Michigan next weekend and will be in Clemson on the 21st.

“I definitely want to be welcomed and find out the type of atmosphere they have at Clemson,” he said. “I want to find out first-hand what it’s like to be a Clemson Tiger.”

Where does Clemson stand right now?

“They are up there. I don’t have a No. 1,” Paul said. “I plan on going on these visits and weighing my options, and by the end of the month hope to know where I am going.”

Paul plans to announce his decision on National Signing Day.