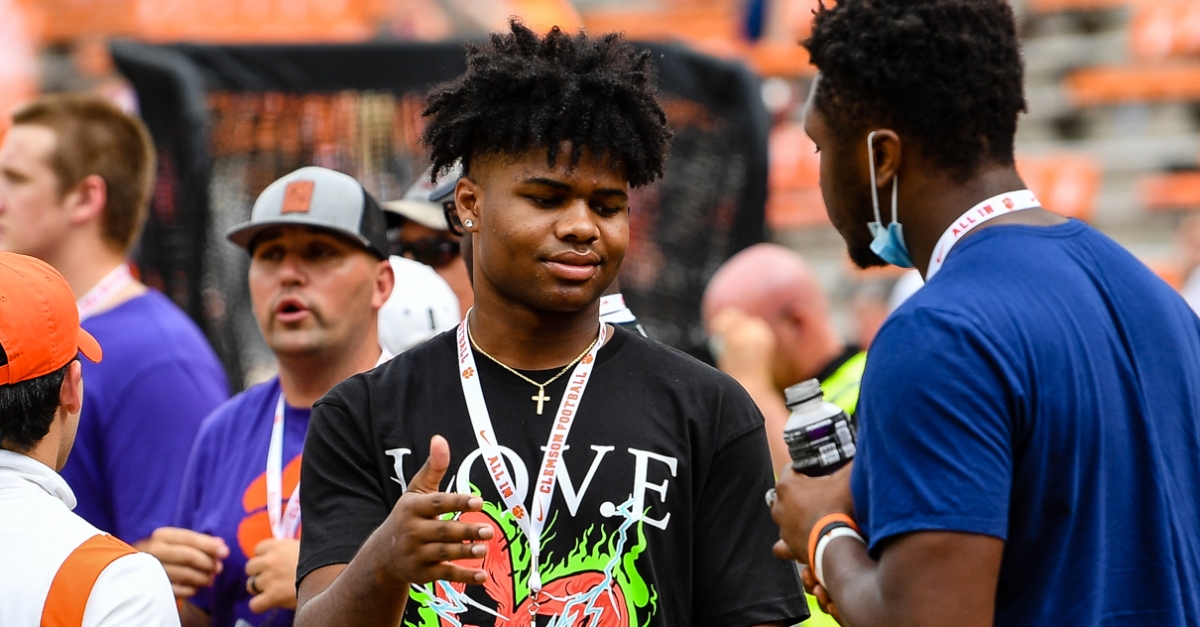 One of Clemson's top linebacker targets for 2023 says he is comfortable at Clemson and can see himself playing for the Tigers.

Clemson is one of the final five in the running for LB Dee Crayton (6-2 215) of Alpharetta, GA. And that’s appropriate because Clemson football was one of the first programs he was familiar with as a youth attending one of Dabo Swinney’s camps. That’s when he first got the itch to be a Tiger, and now that possibility is real through the offer earlier this year from defensive coordinator and linebackers coach Wes Goodwin.

“They offered me in February or March (it was February 23rd), and ever since then I’ve been loving the school,” Crayton said. “I’ve been talking to Coach Wes a lot. He actually came to my practice this morning (Monday). We talk every day. I’ll be back up there this June for an official visit. They are definitely high on my list. It’s just the culture they bring and the stability of the coaching staff. Everything is for the benefit of the players with the facilities as well.”

Last season, Crayton took in the Tigers’ game with Georgia Tech in Death Valley. He returned to watch spring practice in March. Those visits gave him an eye-witness accounting of how the Clemson linebackers play the positions.

From what Goodwin has been telling Crayton, he has all the characteristics he’s looking for in a Clemson linebacker.

“My athleticism, my play recognition, my speed, my ability to play sideline to sideline, my versatility to play in space and play pass coverage,” Crayton said. “My blitzing skills, me timing the blitz from different parts of the line from the A-gap to the C-gap, both inside and outside. Being a leader with my actions and vocally. That’s a big thing I pride myself on, being a leader of the defense. That’s a few things that he’s mentioned.”

In June, Crayton will take four official visits starting with Clemson on the opening weekend. Following will be visits to Auburn, Missouri and Penn State. He will take his fifth visit to UCF in July, and he plans to make a decision in August before his season. He’ll weigh a lot of factors before making that call.

“Just a place I could see myself for the next three to four years,” Crayton said. “Comfortable, being able to live there, being able to thrive with the facilities and the coaching staff. Just a place I know where I can exceed both on the field and off the field and in the community. Just being comfortable with my surroundings. Being able to compete with some of the best players of my teammates. Get myself better coached. Coaching staff that can push me to my limits and pull that potential out of me. A great fan base. A place where I can ultimately get to the highest level, the League.”