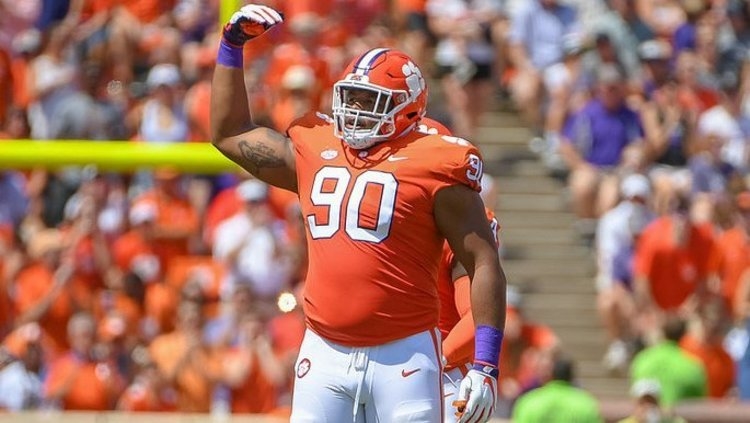 Lawrence was one of the standout rookies in the NFL last season with the Giants.

Next up according the TigerNet Top-5 formula is recent first-round NFL draft pick Dexter Lawrence.

Why he’s here: Lawrence made an instant impact with his uncanny athletic ability for his size on three top-10 scoring (No. 1 in 2018) and total (as high as No. 4 in 2017) defensive units, coming out of high school as a 5-star prospect.

The Wake Forest, N.C. product earned first-team All-America as a junior in Clemson’s second national-title run in his time on campus, totaling 44 stops, 7.5 TFLs, blocking a kick and rushing for a TD over 13 games.

Lawrence totaled a freshman-record seven sacks in the 2016 national-championship and freshman All-American season.

Lawrence was one of three Clemson defensive linemen picked in the first round of the 2019 NFL draft (No. 17 to New York Giants), breaking a school record for first-round selections overall.