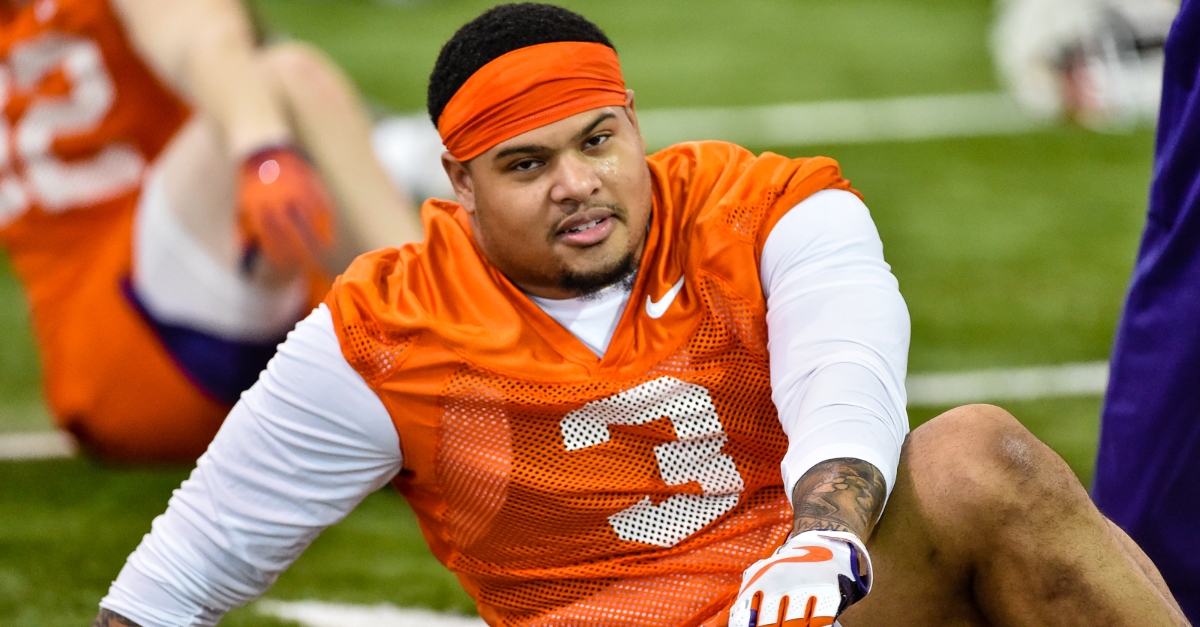 Thomas has a chance to be an early-round pick next season.

Xavier Thomas couldn’t have picked a better time to announce his return to Clemson for a final season.

The announcement took a small amount of heat off head basketball coach Brad Brownell and continued a wave of positive news for the football program in recent days. Head coach Dabo Swinney replaced the departed Todd Bates with Tiger great Nick Eason, and defensive end KJ Henry announced his intention to return for his final season.

Thomas ran down the hill on Senior Day and many expected that he would declare for this year’s NFL draft, but he didn’t hear what he wanted to hear from the folks in the league and decided to run it back for another season.

I’ve also heard that Eason, new defensive coordinator Wes Goodwin, and Henry all had conversations with Thomas about his decision.

The former 5-star had a strong senior season for the Tigers, starting 10 games and finishing with a career-high 4.5 sacks. He was also first on the team with 18 quarterback pressures and added 6.5 tackles for loss.

In case you were wondering – the Tigers return a ton of depth and experience along the defensive line next season. The top four defensive ends – Thomas, Henry, Mascoll, and Myles Murphy, are all back. Defensive tackles Bryan Bresee and Tyler Davis began the season as starters, but Davis battled injuries and Bresee tore his ACL in September.

That opened the door for players like Ruke Orhorhoro. He started nine games, logged 502 snaps and was credited with 42 total tackles with 2.5 sacks. Etinosa Rueben and Payton Page both played well in reserve, but it was the play of Tré Williams that really turned heads. Anywhere else in the conference and Williams would likely start. Now the talented youngster is part of what might be the deepest collection of tackles the Tigers have had in a while, especially when you consider that DeMonte Capehart should be finally healthy.

There is a lot to be excited about for the 2022 season.

2022 Recruiting Wrap Up next month

Now onto a bit of recruiting. The 2022 Recruiting Wrap Up is just a few weeks away and will be held on Wednesday, February 2. Tickets are still available. There is a $50+handling fee, which is the same price as 2020.

That night, the men’s basketball team will play Florida State at 7:00 P.M. immediately after the Recruiting Wrap Up. All RWU participants are eligible for a special discount on tickets for the game.

Hosted by Fort Hill Clemson Club and held on National Signing Day, February 2, 2022, the Chick-fil-A Recruiting Wrap Up is a fun and exciting event that celebrates Clemson University's newest recruits with video highlights and commentary, dinner, and a live auction. The event is held at the Indoor Practice Facility for Clemson Football. Doors open at 4:15 pm and the program begins promptly at 5:00 pm. The event will end in time for Clemson fans to attend the Florida State game at Littlejohn at 7:00 pm.

The 2022 Chick-fil-A Recruiting Wrap Up is brought to you by Chick-fil-A of Seneca and Chick-fil-A of Clemson. This is an annual event organized by the Fort Hill Clemson Club to benefit local high school students by providing academic scholarships for them to attend Clemson University.